One of the foundational ideas of the State of Israel in Palestine in the thought of Theodor Herzl promoted the vision that, for the West, the Hebrew State would become "an advanced wall in the struggle of civilization against barbarism" (Herzl, 1895). Since the bulk of the Jewish communities that migrated to Israel in the first four aliyas, or waves of migration, were mostly European, they identified with the urbanization and rhythms of early 20th century Europe. Their antecedent was that of having witnessed wars and historical processes such as modernity and the Enlightenment, as well as the collapse of economic and political systems due to revolutions such as the French one. This and its outcome allowed them to live processes of emancipation and liberal ideas in political matters.

When the bulk of these Jewish migrations arrived in historic Palestine to found the 'Yishuv' or, the Jewish pre-state, they found a mostly Muslim, rural, poor, politically disorganized, and deeply rooted Arab population. Somehow, this element made it easier for the new Jewish occupiers to colonize the Palestinian territory and create the State of Israel with the help of the military arm of the 'Haganah'-which later became the Israeli Defense Forces- and the Zionist lobbies that lobbied the governments of the world powers in the West, like the United Kingdom, the United States or Germany. The flag of struggle was that the Hebrew State would become a Western democracy on the basis of the precepts of the French revolution of equality, fraternity and freedom.

However, despite the fact that Israel conceives of itself as a democratic country that is located in a region where totalitarian regimes (Egypt, Jordan, Syria or Iraq), theocratic regimes (Iran or Arabia), and petro-monarchies (Qatar, United Arab Emirates or Kuwait) abound, where it is also permanently threatened, and that is what he has promoted in order to gain support from the Western world for the sake of consolidating his existence and expanding his borders through military occupation and territorial annexation in the West Bank and the Syrian Golan, he takes coercive measures like any of them, not only against the Palestinians, but also against his own population. One element that calls into question the democratic maturity of Israel is the lack of rotation of public power of the political elites, since, while it is true that there are electoral processes to elect authorities from time to time, it is also true that almost the same officials rotate in different positions: cabinet members, parliamentarians, armed forces, general directors or even the prime minister.

Benjamin Netanyahu himself is a reflection of the above. He has already been Prime Minister of Israel on five occasions, resorting to the legal loopholes of the Israeli political-electoral system and to the always reliable narrative of 'his indispensable fight against Lebanese, Iranian, or Palestinian terrorism'. The justification for this is to appear before public opinion as the official who can save Israel from the hands of the enemy - real or imaginary. Netanyahu is the official who has been the Prime Minister of Israel most times, surpassing such longstanding historical figures as Ben Gurion, Yitzhak Rabin, Shimon Peres or Menachem Begin.

As a cabinet minister or as the leader of the conservative Likud party, Netanyahu has accompanied and sabotaged the failed peace process with the Palestinians, but he has also promoted an international campaign of sanctions against Iran, because of the alleged Iranian nuclear program for war purposes, despite the fact that important research centers, military specialists, Academics and intelligence services from other countries claim that Israel itself is a nuclear power, especially after Mordechai Vanunu, the former Israeli nuclear technician of Moroccan origin, published in the British newspaper "The Sunday Times" in 1986 that Israel had a nuclear weapons program in the Bersheva Desert.

Part of the success of Netanyahu's towering political career has been to denounce his opponents and accuse them of scandals in which he himself has been involved. For this reason, the Israeli leader has three legal proceedings open against him for having received fine cigars, high-quality champagne and jewelry worth nearly $200,000 from wealthy people in exchange for financial or political favors, in addition to trying to obtain media coverage favorable to his image in the Yediot Aharonot newspaper, as well as favoring from the government the head of the Israeli telecommunications company BezeqTelecom in exchange for favorable media coverage on the influential website Walla News of Shaul Elovitch; the most explosive and complex accusation that could put him in legal trouble, according to case number 4000.

For that reason, Netanyahu did everything to remain in the leadership of the Likud party, to win the last legislative elections and, after 18 months of electoral conflict, to achieve his fifth re-election, to negotiate a power-sharing agreement with the leader of General Benny Gantz's 'Blue-White' party and, thus, to continue to direct the destiny of Israel for at least one more half-term. Contrary to the popular acceptance that Netanyahu imagined for being the first Israeli-born politician to become prime minister and, moreover, the one who has been in office the longest, part of the electorate that did not vote for him in the three elections he had to fight to obtain his fifth reelection, even in the mid-term, went out to express their repudiation of him in a constant way for months, even in the context of the obligatory confinement by the covid-19.

It is not a minor problem that Netanyahu has, because the one who accuses him of several charges of corruption in three different cases is directly the Attorney General of Israel, AvichaiMandelblit. Hence, the Prime Minister resorts to the narrative of self victimization by saying that there is a "coup d'état" against him, since if convicted, he could be in prison for up to 10 years on the bribery charge and 3 more years for the crimes of fraud and abuse of trust. In addition, the hundreds of popular protests that have taken place to ask for his resignation since he took office for the fifth time, pay in that sense.

Regardless of the obligatory confinement in Israel within the framework of covid-19, Netanyahu's detractors, who have multiplied by thousands, have not given him any respite in the streets with big weekly protest mobilizations in front of his house. They point out that they do not want a corrupt leader and he responds that they want to perpetrate a coup d'état. It should be noted that in more than 10 years these have been the longest sustained public protests against Netanyahu. The protesters demand that he resign while his trial for corruption and for what they judge to be mismanagement in the face of the coronavirus crisis is underway. 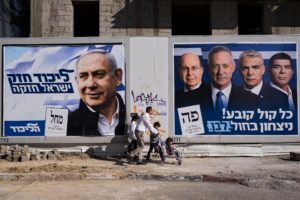 In this context, appealing to the issue of public health because of the threat posed by the coronavirus, Netanyahu promoted a bill in the Israeli parliament that was approved by 46 votes in favor and 38 against to limit public protests during the quarantine imposed throughout the country in the context of the declaration of a special state of emergency to limit the spread of coronavirus. The reading on the streets among opinion leaders and protesters is that the only thing they are trying to avoid is the expansion, not of convid-19, but of the protests against Netanyahu.

This Netanyahu law represents a clear step backwards for the weakened Israeli democracy, because it restricts the people's freedom of expression, which has been occurring spontaneously. In addition, another factor that weakens Israeli democracy should be added to its authoritarian measures. The Prime Minister did not clearly win the elections that were repeated up to three times during 18 months and was unable to form a coalition government, precisely because of the same accusations of fraud, conflict of interest and abuse of trust, which has been seen by public opinion as something deplorable and which only represents a smaller and smaller portion of the Israeli population, as opposed to the growing percentage that wants to see him in prison or, at least, outside the Israeli government.

The Palestinians, the Lebanese Hezbollah, or the Iranian issue were no longer enough of a leverage argument for Israeli society to see in Netanyahu the hero who provided them with security. On the contrary, the rescue of Western-style democracy prevails among the protesters, and they do not want to allow security-related foreign policy issues to diminish domestic policy issues related to political rights, so resisting the government's authoritarian measures is to defend the democratic right they have insistently appealed to say that Israel is different from the countries of the region, even if Netanyahu pretends to act as one of them. 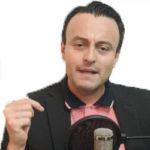 Dr. Almejo is a first-level member of the National System of Researchers of the National Council of Science and Technology of Mexico. He obtained his doctorate in Social Sciences at the University of Guadalajara. He has been a teacher in International Relations at UNAM. He has taught courses on Theory of International Relations, International Organizations, Geopolitics and the Middle East Regional Scenario for 14 years. He is also the author of the book: “The Israeli-Palestinian conflict in the light of constructivist theory: from the Zionist narrative to the politics of fait accompli.”