Since the decree of the Alert State, two have been the main concerns of the Spanish people: 1. saving lives and reducing, with a view to eliminating, new infections; 2. the economic repercussions, general and particular, that are going to derive from the crisis of covid-19.

There is no doubt that the most precious good, and therefore the one that must be protected in the first place, is people's lives. Immediately afterwards, however, the need arises to guarantee a minimum level of well-being that allows people to live (worth the redundancy) with dignity.

Now that the health situation has allowed the start of the asymmetric de-escalation in Spain, the necessary "economic deconfinement" is becoming more important.

Intelligence, just intelliegence, aims to contribute to the decision-making process by reducing uncertainty, in advance of the occurrence of future scenarios and their effects on the interests to be protected.

If we focus on economic intelligence, without wishing to enter into doctrinal discussions, we can define it as the result of evaluating the available information and projecting it into the future so that the recipient can make decisions with the least possible uncertainty in order to achieve the objectives of the organization it represents, with the safeguarding of its interests as a fundamental goal. Although this concept can be applied both to the intelligence produced by the State and to that produced by a business organization, throughout this article we will focus on the economic intelligence that pursues the defense of national interests and the economic stability of a country.

To focus on the issue, allow me to refer to the main legal text that establishes the raison d'être of this defence that I mentioned in the previous paragraph.

The current National Security Strategy (NSS), approved in 2017, "is the reference framework for the National Security Policy, a State Policy that conceives security in a broad way at the service of the citizen and the State". Among the challenges that Spain faces, always according to the NSS, are economic and financial instability, "which can have its origin in factors of a very diverse nature, not exclusively economic, and normally its effects are transversal, materializing in more than one area. Hence the need to adopt a comprehensive approach, which not only addresses the strictly economic-financial aspects, but also contemplates its security dimension. These factors include all those actions that make the normal functioning of economic and financial policies difficult and prevent them from maximising their effectiveness, as well as those that undermine the continuity of economic activity".

"On the other hand, the obstacles to the internationalization of the Spanish economy or that obstacles that implie at risk to the security of national companies or workers abroad, are challenges that must be faced to ensure their competitiveness. Other challenges to be mitigated are those actions that undermine the effectiveness of economic instruments at the service of the defence of national security interests and commitments. Therefore, it is especially relevant to guarantee the security of those sectors, companies, services, technologies or information systems of special interest for National Security".

Faced with this threat, the NSS itself proposes lines of action:

"To deepen the development of bodies, organizations, resources and procedures (Economic Security System) that promote coordination, collaboration, cooperation and exchange of information between the different Public Administrations with competences in security matters and in the economic-financial field, as well as with the private sector, in order to respond efficiently to the challenges that limit the development and competitiveness of the Spanish economy and threaten National Security. Reinforce the efficient use and generation of information and intelligence, technologies, legislation, training and strategic alliances to safeguard and promote national economic interests and foster shared responsibility for threats and challenges to the continuity of economic activity. Promote the effectiveness and independence of administrative bodies related to economic security and regulation (...), assuming a proactive position that guarantees the security and prosperity of national economic activity. (...) To favour innovation in the economy, accompanied by regulation in accordance with the pace of technological change, which will allow for increased differentiation of the goods and services offered by Spanish companies".

Since 2017, economic intelligence has been developed in Spain, but the much desired and necessary Economic Intelligence System referred to by the ESN has not been created.

In the wake of the covid-19 pandemic, initiatives of varying scope have emerged, both geographically and in terms of discipline. Let's look at some of them:

The Congress of Deputies constituted the Commission for the Social and Economic Reconstruction of Spain after covid-19 last May 7.

The reaction to the crisis, which is not anticipatory, responds to the urgent need to reactivate the economy to avoid an even more negative social and economic impact. However, the first discussions among parliamentarians revolved around who should chair the committee; no comments were made on its composition and specific missions. The conclusion is that the committee, two weeks later, is inactive. However, we know that it is made up of forty-six (46) politicians, the vast majority of whom have no experience in managing organisations.

At about the same time, Italy announced the appointment of the former global CEO of Vodafone to lead the reconstruction of the country: Vittorio Colao will lead a team of 17 experts in economics, employment and innovation, among other disciplines, to address the post-confinement crisis.

3.- The Mayor of Madrid, José Luis Martínez-Almeida, has decided to have a team of business experts to reactivate the economy of this city. Among them are Cristina Garmendia, president of Cotec; Ignacio Garralda, president of Mutua Madrileña; Manuel Bretón, president of Cáritas Española; Emilio Gayo, president of Telefónica España; José Bogas, CEO of Endesa; Víctor Madera, Chairman of ICD Salud-Quirón; José Ignacio Goirigolzarri, Chairman of Bankia; José Manuel Entrecanales, Chairman of Acciona; Alejandro Beltrán, of McKinsey; Miguel Riaño, of Herbert Smith, and Miguel Garrido, Chairman of CEIM, among others.

4.- Finally, in this line of warnings and reactions, on January 14, the President of the Government, Pedro Sánchez, made public the intention to create the National Office for Prospective and Long-Term Country Strategy, which will be headed by Iván Redondo. This body will be responsible for "thinking structurally about Spain over the next 30 years" and will have a committee of experts from civil society who will draw up a national strategy. Its aim is to systematically analyse the available empirical evidence to identify the possible demographic, economic, geopolitical, environmental, social or educational challenges and opportunities that Spain will have to face in the medium and long term, and to help the country prepare for them.

Let's analyze the above data in a global way.

There is already a security strategy (2017), so perhaps it only needs to be updated and not a new one. We are witnessing an era in which practically everything is transversal due to the interconnection of factors, which recommends facing any challenge, problem or threat from a multidisciplinary perspective, which forces us to form teams of professionals from different fields -academic, business, social, political...- capable of contributing knowledge and experience to understand the current reality and how it has been reached. Only with a good diagnosis of the present can we explore possible future scenarios.

It is not necessary to convince anyone that a country is always exposed to threats, including economic ones, to which it can react in several ways: by anticipating them to minimize their negative impacts or even by transforming them into opportunities; by anticipating them and waiting for them to materialize, with or without a planned protocol of action; or by reacting, without more, when events occur. By virtue of what we choose, we will be faced with prospective, economic or reactive intelligence, if the latter deserves to be considered intelligence.

If all those who have decision-making capacity and influence in the country are aware of the need to provide it with economic intelligence to safeguard the well-being of our citizens, would it not be better and more efficient to create a single institution in which all interests are represented to address the future from a global perspective in order to design a national strategy -National, with a capital letter-?

Waiting for help from the European Union or another organisation will only make the situation worse. If we look at the countries around us in an attempt to put in place an economic intelligence system that they have had for decades, let us look at them carefully: each of these systems, regardless of their name or dependence, looks after national interests and prosperity, with no regard for other nations, however much they may be partners in other matters. Let me remind you that in the world of intelligence, be it economic or of any other nature, there are no "friends", only common interests. And if anyone still doubts this statement, I invite them to think about why all our "allies" cooperate without any consideration in the fight against terrorism or against illegal trafficking, or in the prevention of money laundering, and yet "each one goes his own way" in matters of economic warfare, to follow the terminology used by some of these neighbouring countries whose economic intelligence trajectory we want to study as a reference.

Since 2017, when the NSS was approved, little progress has been made towards the creation of a national economic intelligence system.

In January, the intention to launch a foresight programme was announced by Ivan Redondo. Little else has been done except for the appointment to the post, despite the fact that the occasion calls for "getting our act together" to do economic forecasting. My question is whether we will be able to adopt the proactivity required by that foresight without first having gone through the economic intelligence and anticipation that it demands. Let us not forget that one of the fathers of la prospective, Michel Godet, explained the difference between these two strategies as the leap "from anticipation to action".

Counting only on politicians for the economic and social reconstruction of Spain means ignoring the problems and concerns of employers, workers and even citizens, as well as disregarding the knowledge of professionals who can contribute to applying methodologies and qualitative and quantitative procedures in accordance with present and future risks and threats.

I would now like to propose some points which, in my opinion, would help to make the implementation of economic intelligence in Spain effective, for your consideration:

In conclusion, I would like to say that none of the above makes sense if we do not start from the premise that the priority in the world of intelligence is the establishment of objectives in order to design a strategy to achieve them. 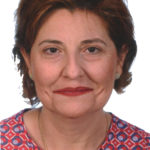