There are four types of organizations that over the past three decades have grown in a way that has gone largely unnoticed by the public. The reason is that there is never a talk about this increase and what it means, nor there is establish the proper connections and operation mode. In position of importance in terms of their number, we can highlight first of all;

-NGOs and other non-profit associations.  The exact number is not known, but according to Action Aid[i] there are more than 10 million NGOs in the world, many of them very small and local. Just The International Forum of national NGO platforms, now renamed FORUS, brings together 69 national NGO platforms and 7 regional coalitions representing over 22,000 NGOs from around the world: Africa, the Americas, Asia, Europe and the Pacific. Overall, it is considered that if NGOs were a country they would have the sixth largest economy in the world. That's a lot of money for such a poor outcome. Much is said about their humanitarian role, which is commendable in most cases, but very little about the business profile of some, their internal functioning, and their effectiveness. Moreover, it is curious to note that one of its main sources of funding is governments themselves. According to a report published in 2014 by La Caixa Foundation, Price Waterhouse and Coopers, and ESADE, 60% of Spanish NGO funds are financed by the public sector.

The aim here is not to analyze the intricacies of these organizations[ii], but to point out that they have become a powerful movement that puts pressure on governments and are able to impose and condition the international agenda. There is no field that they do not touch; the humanitarian, the social, the ecological, the animalist, etc, in such a way that they have become protagonists of social activism. Therefore, some of these organizations are sometimes used for other purposes, with or without your knowledge. They are used, for example, to facilitate political penetration in other countries, or to support or serve as a transmission belt for certain speeches, pro or against of what they are funded for. And if anyone does not know, for many years there have been non-governmental organizations organized by governments, known by their acronym GONGO (government-organized non-governmental organization), which were common in the former Soviet or Chinese space. They may have a certain social purpose, but above all they are a mechanism of certain governments to promote their internal political interests, or to boost their foreign policy and extend their influence. A very recent example of GONGO is the Institute for Statecraft, a Scottish-based charity founded in 2009, which developed a project called the Integrity Initiative[iii] (leaked by Anonymus in 2018) that was apparently intended to interfere in political affairs in the UK itself and other European countries, including Spain. This is a far cry from any charity or charitable organization.

It is little known that Bernard Kouchner was the co-founder of Médecins sans Frontières, which some malevolently call mercenaries without borders[iv], founded in 1971 and based in Switzerland, as well as founder of Médecins du Monde in 1980 (no one remembers the Biafra war in Nigeria and what was happening in Africa at the time). Both Kouchner and MSF[v] have been accused on several occasions of being in the service of the French DGSE.

GreenPeace[vi] has sometimes been used to defend British interests abroad. Amnesty International, funded by the Open Society and the UK's Department for International Development, has a double standard for wars. The famous White Helmets operating in Syria were founded by the former British Army officer, James Le Mesurier[vii], who after his departure from the Army worked in the private security sector in various places in the world, including the Constellis group, which gather itself several private military companies; Le Mesurier was found dead in the street in November 2019 because of a fall from the balcony of his house in Istanbul. Just a week before his death, the Russian Foreign Ministry accused him on Twitter of working for MI6.

It would not be fair to end this section without pointing out that it is one thing for volunteers working in NGOs to work hard to help others, and quite another for what is behind some of these organizations, or how they are used.

-Next in importance are the Private Military and Security Companies (PMSCs), as they are called by the UN, commonly known as contractors, that is, the mercenaries of all times[viii] but under another name. The change in nomenclature is due to the fact that they now act under a legal contract between the parties. It is not known exactly how many exist but it is estimated that there are about 45,000 of these companies, which have an estimated annual turnover of about $100 billion and are currently present in more than 35 countries. There are no international standards governing its operation. There are only 70 UN recommendations to regulate this activity (the Montreaux 2008 document, signed by 54 countries, the OSCE, the EU and NATO, which has only been ratified by 17 states) but which do not oblige the parties to follow its principles. Such regulation may not be of interest because it leaves lack of restrictions for some governments to use them without being involved themselves. It's what's called plausible deniability.

Public opinion often associates these companies with armed actions, perhaps because the media have only brought to light some scandalous events involving some of these contractors. However, most of these companies offer a wide and varied range of services, since in addition to security services (protection of facilities or persons, convoy escorts, etc.) and participating in more or less covert military operations, they also perform other specialized tasks such as intelligence gathering and analysis by HUMINT, SIGINT, IMINT, or counterintelligence, communications, air support, explosive ordnance disposal, cyber security, logistics, maintenance, instruction and training of combatants, etc, all of which requires complex and expensive technological resources. It is not surprising that some of them are linked to pressure groups, lobbies, political or economic power, or that employ many former members of the intelligence services. This point out that they not only work in places of conflict but also within countries at peace, carrying out operations of different kinds generally related to obtaining information, espionage, control of targets, cyber-attacks, etc., sometimes sponsored by a state[ix]-[x], by large economic powers[xi], and also by organized crime.

-The lobbies, which in Spanish are the cabilderos of all times, are the well-known pressure groups[xii], which try to influence the public authorities to obtain decisions favorable to their interests. The big lobbies[xiii] are the armament industry, financial, health, energy, environmental, agricultural and technological lobbies, to give just a few examples. On 31 March 2019, according to the EU Transparency Register, Spain had registered 740 groups. Those registered are mainly companies or business organizations, but also trade unions, law firms, regional administrations, and 168 NGOs. There are almost 15,000 associations in Europe.

The word lobby usually has a negative connotation, despite being perfectly legal. Their actions have a great influence on the decisions of the administrative and regulatory bodies of the different activities, which is not always as beneficial to citizens as they would have us believe. That is why they always present their arguments as if it were something of great interest, seeking precisely to have their interests overlap with a supposed general desire or concern that, many times, has already been induced or instilled in our minds through reports or press articles that have been carefully prepared by those think-tanks.

These pressure groups usually have two sides: on the one hand they have a public and transparent side, but on the other they have a hidden and unknown side to society. The latter is the worrying one because through it they win the will to achieve their objectives, so that they affect legislation according to their interests. The so-called "revolving doors" (Puertas Giratorias) are part of this hidden side.

-Finally, there are the laboratories of ideas or centers of thought, better known as Think Tanks, which bring together thinkers, researchers and experts in different fields, who generate thought and promote debate and reflection and who have become important allies when it comes to defining policies that respond to the threats of the world in which we live, but which often not only respond to global threats, but also to the interests of large multinational companies[xiv].

Global warming and climate change are two different concepts but they are misused as synonyms, just as when talking about green, ecological or renewable energies. And if we go to the supermarket, it turns out that the predominant color on the shelves is green and the labels of many products tell us that they are ecological, healthy, bio or natural, which produces the erroneous but sought-after idea that natural is equivalent to good.

Under the excuse of fighting climate change and having a healthy diet, a fierce fight is taking place before our eyes between different sectors that have discovered a new market niche, a cake from which the more seasoned already claim their share. And they are in a hurry, because it does not go unnoticed that in just a few months we have gone from fighting global warming to climate change and almost without a break in continuity we have reached the climate crisis and then we talk about a climate emergency. And it is curious that at COP25 the biggest problem has been in the CO2 quota market. According to Antonio Guterres, Secretary General of the United Nations, "There are five minutes left before midnight of the global climate emergency," recalling that coal pollution must stop increasing next year so that the objectives of the Paris Agreement can be met.

But all this global awareness that seeks a better world would not be happening so quickly if it did not have two essential elements: on the one hand, the think tanks that enlighten us about what is best for everyone, and on the other hand, the use of new technologies through which they "inform" us by means of a continuous bombardment of core ideas together with reports by brainy experts. Many examples could be found to illustrate how these think tanks are leading us towards a new way of thinking and acting, while the lobbies[xv] seek political and legislative support favorable to their interests, not hesitating to use or create non-profit associations and NGOs with which they establish collaboration agreements by sponsoring activities or developing joint campaigns to raise funds under the banner of corporate social responsibility.

The four types of organizations mentioned have existed since ancient times - there have always been charitable organizations, mercenaries, thinkers and lobbyists - but they have never had as much money, power and influence as they do now.

[viii] The International Convention on the Use of Mercenaries (1977), ratified in the Geneva Convention, does not include the CMSPs, mainly because they do not fit the definition of "mercenary" and for the same reason they are not included in the 1989 UN Convention against the Recruitment, Use and Training of Mercenaries. 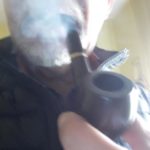