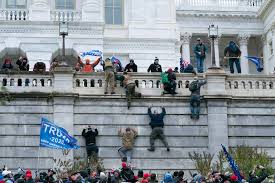 ASSAULT ON THE CONGRESS

There is no need to summarize the events of yesterday again. Everyone has watched the assault on the US Congress in Washington DC live on TV.  But the exceptional circumstances of the United States are not limited to this assault.  A specific process is taking place that has not started yesterday and will not end with the Congress building being secured.
We have described in our former articles how the US was starting to lose global dominance, and how the domestic contradictions and conflicts were going to sharpen.

Therefore, the assault on the Congress had already announced its coming. The events of yesterday made this process just obvious and visible symbolically. The end of the old era and the beginning of a new one has been announced yesterday.

But how will history books in future evaluate the assault on the Congress and how will they describe its consequences? Let us in this article try to answer these questions.

THE U.S. IS FROM NOW ON A MULTIPOLAR COUNTRY

Not just the world, the US is from now on a multipolar country too. The struggle within the US is not just a simple conflict on election results. To opposing poles are giving the fight on life and death. Joe Biden is not just the candidate of Democratic Party; he is also the representative of the globalists in the US. Donald Trump on the other side is not just the Republican candidate, but also the public face of the nationalists who have become a serious force within the state. 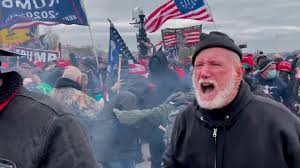 THE ESTABLISHED ORDER IS DISRUPTED

The contradiction in the US between these two poles has in fact a strategic character.  The current situation differs from prior post-election circumstances. The fraction represented by Trump foresees fundamental changes in US politics and starts from the point of view of ‘solving domestic problems instead of policing the world’. Biden on the other side is decided to continue the US role of world police.
The established order in the US is therefore disrupted from now on. It is disrupted to such a degree that the US Congress was assaulted upon the call of the president. The era of ‘whoever wins the elections, the US governmental policy continues with everyone integrated’ has come to an end.

THE ABYSS WILL DEEPEN

Whoever occupies the White House, this struggle between the two poles will continue in spite of some compromises or cease-fires. Both sides command a comparable power not just in terms of votes but also concerning their weight within the state.  As we have mentioned above is Trump far more than a funny figure, he also represents a new understanding of and a new strategy for the US. Therefore, no matter if Trump stays or goes, this strategy will keep on imposing itself.  One pole will not easily win over the other.
In short this abyss will continue deepening with the assault on the US Congress.  US newspapers’ headlines of today point to harsh conflicts lying ahead.

DOMESTIC CONTRADICTIONS IN THE U.S.

This deep abyss in the US is not limited to the state apparatus. Contradictions between different states within the US will show up more clearly inevitably. Maybe not right tomorrow, but even the ‘UNITED States of America’ may sometime in the future become a matter of debate.
The division between state and people will also deepen. The assault on the US Congress may be taken as an example, and quite probably will more street protests erupt within the population masses unsatisfied for different reasons.

During the summer months the Blacks had shown up and displayed their power on the streets. With the assault on the US Congress, Trump’s Whites have shown up now too. Both sides have demonstrated that they are capable and willing to fight the state if necessary. Now, not only the blacks but also the whites are unhappy.

Of course there is the possibility of these street forces not only entering in conflict with the state but with each other. 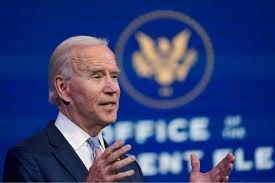 TRUE FACE OF THE ‘AMERICAN DEMOCRACY’

The election process and the assault on the US Congress have also displayed the true face of the American democracy. Similar, ‘image shaking’ events had happened in the year 2000 on the election between George W. Bush and Al Gore, for five weeks the election’s winner was not determined. Bush was pulled out of the ballot box at the end as winner, and the process of 9/11 was started.
The elections of 2020 have even surpassed that election disaster. For a long time it could not be determined who the future US president would be, and the assault on the US Congress has crowned a disastrous election process.

It also needs to be underlined in this context how influential social media monopolies became, how easily they limit liberty of opinion and freedom of speech, how easily they censor unwanted opinions. Even President Trump has taken his share of the censorship. The US election process and the assault on the Congress once again demonstrated how social media monopolies have turned into a weapon and a serious problem.

WILL THE U.S. TURN INWARDS?

The assault on the US Congress has demonstrated that the US, who wanted to set fire globally, has burnt itself. They have occupied countries all over the world, organized coup d’états, provoked so-called colored revolutions. Washington wanted to design the world but was shot from within.

Now the US needs to spend its energy and efforts not towards the exterior but to solve its domestic problems. This is the most logical way ahead. The US will have to turn inwards sooner or later even if Biden takes over the government, and this strategy will gain even more strength. 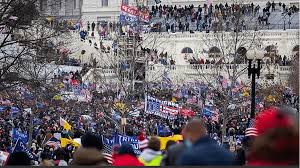 TIME TO BE BRAVE

The assault on the US Congress, which symbolically demonstrated the process that the US is passing through today, will inevitably have consequences on the international arena as well.

The US’ reputation was harmed not only internally. Washington’s authority was shaken seriously worldwide in the eyes of both allies and adversaries. Even the former US president Bush has compared his country with a banana republic, facing these events. Descriptions of the US as ‘one tooth monster’ or ‘paper tiger’ are understood today better than yesterday.

Therefore the current situation of the US opens new opportunities and paths for the oppressed and developing nations of the world. Those who frequently face US threats should now replace the fear from the Atlantic with more decided steps. It is time for countries like Turkey to have more courage. The assault on the Congress is an important opportunity for us, too. It is the best time to wake up from both the American dream and the American nightmare.

ONE DAY THERE WILL BE A REVOLUTION IN THE US TOO

Courageous steps of Turkey and similar countries, i.e. the resistance against the Atlantic Camp, will also play a key role in the US solving its domestic problems. The end of US exploitation of world resources and the destruction of the reign of the US dollar will dry up the streams of wealth running from outside into the US and thus provoke revolutionary movements inside the United States.

Maybe they will be the last on the list, but one day, there will be a revolution in the US too. But that revolution will not take place a primitive event like the assault on the US Congress, but in a form in accordance with the tradition of the Washingtons and the Lincolns.

Prof. Dr. Mehmet Bora Perinçek graduated from Istanbul University Faculty of Law. In 2007-2008 T.C. He conducted research in the state archives of the Russian Federation in the framework of the project of the Ministry of Foreign Affairs. He has been conducting research on “Turkish-Soviet relations” and the “Armenian question” in the Russian-Soviet state archives for more than 15 years. He wrote his doctoral thesis entitled Turkish-Soviet Military Relations in Light of Soviet Archival Documents: Eastern Front (1919-1922).