The forgotten conflict in the Sahara

With the 2020's giving its last tails there is a zone of the world that again to jump to the first pages of the newspapers and opens the spaces of news.

It is the Sahara and more specifically the demilitarized zone of Guerguerat, on the border between Mauritania and the areas occupied by Morocco in the former Spanish colony of Western Sahara.

But as in every conflict, the first and foremost victim is the truth. The news presented by the two sides is contradictory.

Morocco is sending troops to the area to "re-establish" the transit of people and goods after the blockade carried out by people in the area, and the Polisario Front claims that the Moroccan authorities are "camouflaging" these troops to attack Saharawi citizens. [1] It also claims that this increase in troops would mean the end of the ceasefire and open the door to a new total war in the region.

Later, on November 14, 2020, the Secretary General of the Polisario Front and President of the Sahrawi Arab Democratic Republic (SADR), Brahim Ghali, accused the Moroccan Army of breaking the ceasefire signed in 1991 and declared a state of war throughout the territory.

While only Algeria and Mauritania support the Polisario Front, many countries both in the West and in the rest of the world reflect their support for Morocco, and have even reported opening consular delegations in the area. [2] [3]

What there is no doubt is that it is an enigmatic conflict because while the Polisario side affirms daily attacks on the military positions on the separation wall, Morocco opts for silence. [4]

But there are some questions to be asked about this:

- Why is the conflict between Morocco and the Polisario coming back?

In the midst of the world pandemic caused by the Covid-19 with very serious damage both on the health level (the State of Emergency has been extended until December 10, 2020 [5] ) and on the economic level, and where some voices were beginning to be raised against the government and against the Monarchy, the attacks have meant the union of political groups in the Senate in favor of the union of the territory. [6]

Even El Othmani claims that a "patriotic ardor" has been generated that makes him proud.

In the face of the few voices in favor of the Saharawi authorities and the well-known referendum with Algeria and Russia at its head [7], many countries from different continents have supported the Moroccan authorities and their response to the blockade actions.

In fact, the Moroccan executive affirms that a "new diplomatic and political reality" has been created [8].

Has the Polisario Front fallen in a false flag operation?

Is the true origin of the "alleged blockers" of the transit of people and goods in the area in question known?

Voices are already coming out claiming that there is false news or fake news on the subject.

There is no doubt that Morocco is taking advantage of the issue to rearm and is close to closing a juicy arms contract with the United States, close to one billion dollars, to counteract Algeria's latest contracts with Russia. [9]

- What about illicit trafficking and jihadism in the area?

Jihadist groups in the area, both from the Al Qaeda orbit and from the Islamic State, recruit young people in the refugee camps of Tindouf [10] .

In a statement from Dáesh, in the Al Nabae bulletin, he criticizes both sides of the conflict. [11] We imagine that a conflict in the zone could go against their interests in establishing the Caliphate in the zone.

The opening of diplomatic relations with Israel may be a cause for justification of new attacks on Moroccan soil by jihadist groups. 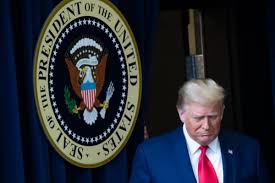 How is the situation in Spain?

Will Morocco's attitude remain in the Sahara or is it just a step in a longer process that would lead it, in case of international starvation, to want to obtain Ceuta, Melilla and the Canary Islands? [12]

In case the legality is not fulfilled with Western Sahara, what or who prevents it from being repeated with our territory?

How should the suspension of the Spain-Morocco Bilateral Summit on December 17, 2020 be understood? [13]

Once again, what begins badly ends badly, and the conflict in the Sahara, began badly with the departure of Spain after the Green March in 1975, which produced the invasion by Morocco, the legal indefinition of the area since 1991 after the ceasefire with the Polisario Front, currently broken by the Saharawi authorities [14].

To date, the Polisario Front authorities claim to continue attacking Moroccan positions [15] and the Moroccan authorities continue to obtain support [16In this regard, and no doubt so that we do not forget him in his last days of presidential term, the President of the United States, Donald Trump, has recognized the sovereignty of Morocco over Western Sahara, over the traditional American position on the area, which gave preference to the action of the UN, and thus the establishment of full diplomatic relations between Israel and Morocco. [17]

Time will clarify some of these unknowns that we have today, we may even get to know the truth of what is really happening in that area of the Sahara.

We will undoubtedly have to look at the role played by the United States, which undoubtedly values the issue of contracts for its arms companies more, and by Russia, which affirms that it is a position "that violates international law" [18] and which is favoring the position of Algeria and, of course, the European Union.

It would be the ideal moment for a strong and united Diplomacy at European level because it affects at least two fundamental pieces of the European project such as France and Spain. Once again, despite the fact that the "Cold War" ended with the fall of the Berlin Wall on November 9, 1989, it seems that it is still alive and playing a new game of chess on the huge board that is the world by the two blocks.