David Marcus, president of Calibra (Facebook affiliate in charge of managing the cryptocurrency), told in July to the U.S. Senate that they would not launch Libra until all the regulatory doubts raised by the announcement of its creation were resolved. However, after the August parenthesis, Libra Association has continuously shown signs of high activity.

Rewards for Involving the Community

Michael Engle, head of the developer ecosystem at the Libra Association, in the last days of august announced on the company's blog a reward program of up to $10,000 for those who detect security breaches. The minimum bid is $500. Engle explains in his post that the program will be carried out in collaboration with HackerOne, a vulnerability & error reward coordination platform that was founded in 2012. One year ago, HackerOne totaled around 200,000 researchers, resolved 72,000 vulnerabilities, and paid 31 million dollars in rewards.

During these days it was known that Bertrand Perez had sent an email to the members of the association. Perez is the manager and head of operations of the Libra Association, responsible for managing the cryptocurrency blockchain network (composed of 27 companies in addition to Calibra itself). In the letter, Perez underlines that to push it forward before the end of the year,  the time to talk individually and collectively about the project has come.

According to Bloomberg, Perez also urges members of the Libra Association to express the objectives of the cryptocurrency publicly when asked. The tone of Pérez's letter responds to the fact that almost none of the companies that accompany Facebook on the cryptocurrency project, including Visa, MasterCard or Vodafone, have spoken out when questioned about Libra; not even when their names appear in the critiques done about the project.

Reuters also recently detailed that Switzerland's central bank, the Swiss National Bank (SNB), is in close collaboration with the relevant Libra management. It should be noted that the headquarters of the LIbra Association is in Geneva. All these actions coincide in time with the investigation that the European Commission has opened into Facebook's cryptocurrency because of "potential anti-competitive behavior" and because of the danger that it can pose if it has access to people's personal and financial information at the same time.

Thus, the European Commission considers that Libra could create restrictions on competition as regards the information exchanged and the use of consumer data. The European organization also shows its concern about the possible integration of Libra in WhatsApp, Instagram, and Messenger, the three social networks owned by Facebook.

As various media reported, the concern of the community body is shared by the Government of the United States. The chairman of the House Financial Services Committee, Maxine Waters, was the first to react to the announcement of the creation of Libra. The same day that Facebook announced its intention to launch a cryptocurrency, the congresswoman issued a harsh statement:

"Facebook has data on billions of people and has repeatedly shown contempt for the protection and careful use of this data. It has also exposed Americans to malicious and false accounts of bad actors, including Russian intelligence and transnational traffickers. Facebook has also been fined large sums and remains under a consent order from the Federal Trade Commission for misleading consumers and failing to maintain the privacy of consumer data, and has also been sued by the government for violating fair housing laws on its advertising platform.

Waters also sent last July, along with other members of Congress, a letter to Mark Zuckerberg urging him to immediately cease his plans to implement the cryptocurrency until regulators and Congress had a chance to take action.

In that letter, Waters justified his request by pointing out that Facebook holds more than a quarter of the world's population in its hands. The congresswoman stressed in her writing that, with the cryptocurrency of Facebook, "there is the risk of a new financial system based in Switzerland, too big to fail. Waters also announced to Zuckerberg a series of actions for the duration of the moratorium. These include public hearings and the exploration of legislative solutions.

Contradictions between what is said and what is written

The first of the hearings announced by the U.S. Congresswoman took place last July. It was held under the title "Examining Facebook's proposed cryptocurrency and its impact on consumers, investors and the U.S. financial system" and featured David Marcus, Calibra's executive director. In his speech, Marcus argued before the U.S. Senate that Libra has no intention of competing with other sovereign currencies or entering the monetary policy playing field.

During his appearance, the head of Calibra also confirmed his commitment to work with the Fed, the U.S. Central Bank, and other central banks to ensure that Libra will not compete with other currencies. Besides, to dispel any suspicions among central banks, Marcus said monetary policy is reserved for such institutions.

However, Marcus' words seem to contradict those used by the Libra Association itself on its website to describe its goals. Besides wanting to "reinvent money and transform the global economy,"  Libra wish "to offer a simple, global currency, with a financial infrastructure that empowers millions of people, that is widely accepted, and very easy to use, so that people can use it confidently and comfortably in their daily lives."

There have also transcended the outcome of the meetings that Congresswoman Waters held in Switzerland with the government officials of the Alpine country, who will be in charge of regulatory affairs in the Libra Association. In a press release, the congresswoman said that while she appreciated the time Swiss government officials had taken, her concern about to allow a large technology company to create a privately controlled alternative global currency remains.

The United States and the European Union have shown concern about the effects that Libra launch could have on the global economy and the status quo of its institutions.  Concern also arose in the statements of representatives of the State of the People's Republic of China and the actors involved in the trade war between the Asian country and North America.

Thus, days after the executive director of the Chinese multinational Huawei, Ren Zhengfei, wonder in the Italian newspaper L'economia, why wait for the cryptocurrency of Facebook if China can issue such coins. China can issue that sort of money given that the strength of the State is higher than the power of an Internet company. Mu Changchun, deputy director of the unit of the People's Bank of China (PBoC), acknowledged that his country had intensified research to complete the work necessary to design and support the digital yuan.

Curiously, the reaction of the PBoC coincides with the Central Bank of England. Mark Carney, chairman of the BoE, proposed at the summit of the Federal Reserve Bank of Kansas City the creation of a cryptocurrency, similar to the Facebook Libra, and capable of replacing the U.S. dollar in commercial transactions. The objective, according to Carney, would be to put an end to the "malignant negligence of the International Monetary Financial System (IMFS)." 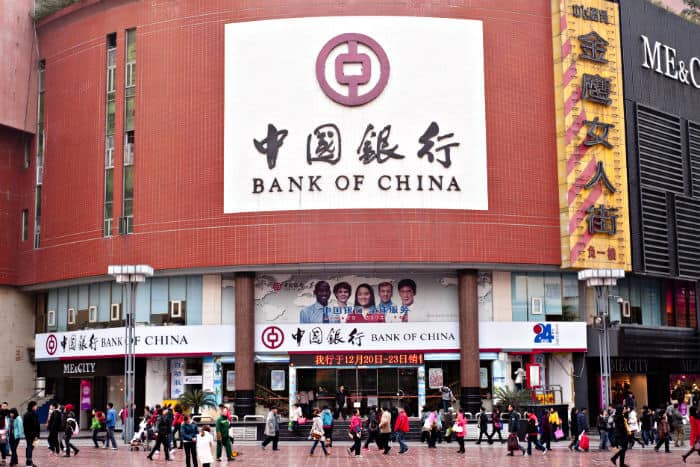 Changchun and Carney's proposals are not unreasonable; as the U.S. congresswoman indicated in her letter to Zuckerberg, Facebook holds more than a quarter of the world's population in its hands. So, there is a risk that it will set up a new financial system based in Switzerland. It should be remembered that the primary responsibilities of central banks include the issuance of legal money and the design and implementation of monetary policies.

For this reason, the concern of these centuries-old institutions seems logical. For the first time, someone outside the banking system is seriously putting their future at risk. Facebook has achieved something unusual: transforming the bureaucratic silences of the old central bank headquarters into powerful loudspeakers against Libra.

The first demonstrations within the European Union took place in the United Kingdom and France. In France, a working group (G7) has been formed to study the extent to which the Facebook Libra complies with money laundering and consumer protection regulations. For his part, Carney made very clear his position of "open mind, but not open door" to the Facebook proposal.

Libra would Limit ECB Power and Not Affect Federal Reserve

Regarding the impact of Libra on the future of central banks, Jens Weidmann, president of the Deutsche Bundesbank, explained to the German daily Frankfurter Allgemeine Zeitung that central banks must ensure that Libra does not undermine the regulations. Above all, concerning consumer protection, the prevention of money laundering, or the security of payment transactions. Weidmann also pointed out that competition encourages businesses and that banks must continue to offer citizens affordable, fast, and convenient payment options in euros.

However, a Deutsche Bank report entitled "Libra: a global challenge for payments and central banks" concludes that Facebook's cryptocurrency "challenges many established actors in the financial system, including central banks, credit institutions, and payment providers. Facebook can integrate Libra's services into its digital platforms and benefit from secure network effects.

The report, signed by Heike Mai, underlines that:

"The introduction of monetary competition in retail space has the potential to limit the monetary power of the European Central Bank, as well as the power of European legislators and governments to enact and enforce laws. It is questionable whether European data protection or tax laws could be imposed entirely in a supranational currency.

Mai also remembers in her writing that Facebook's entire business model is mostly based on capitalizing on its users' data.

"Instead of Europe enforcing its own set of rules, monetary power, and control of the payment rails would shift to a consortium of private companies, most of which are headquartered in the United States. Therefore, Libra could limit the power of the ECB, without necessarily affecting the monetary authority of the Federal Reserve. 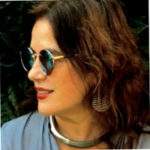