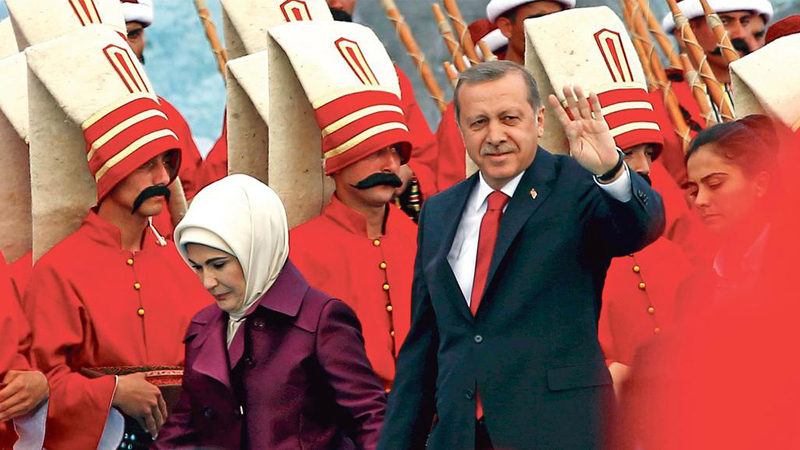 Is Hagia Sophia a mosque? The Traces of Neo-Ottomanism in Turkish Foreign Policy

Is there a fight between Kemalism and neo-Ottomanism in Turkish domestic politics?

The will to turn Hagia Sophia into a mosque started a discussion in Turkish domestic politics. But the opposition and the government did not disagree on transforming the cult of the monument. The essence of the debate was that the Kemalist and secular sections described during the President's speech Erdoğan (July 10, Hagia Sophia) Atatürk's decision as a "betrayal". Kemalist and secular groups do not want this issue to be a political confrontation. Due to Erdogan's conservative Islamic political past, the malaise of the secular segment will continue to exist. However, turning Hagia Sophia into a mosque is not a harbinger of a new attitude in foreign policy. The AKP's economic downturn in domestic politics and the loss of votes due to the Covid epidemic19 outline a situation destined to increase the positive impact on conservative voters. In this case, those who point to the AKP as a forerunner of neo-Ottoman foreign policy do not understand the changes in Turkey's foreign policy.

To correctly describe the trend of neo-Ottomanism it would be correct to base it on the origin of Pan-Islamism. Today, advocates of neo-Ottomanism take Abdul Hamit and his policies as their example. The policy pursued during the reign of Abdul Hamit II followed the policy of Pan-Islamism to establish a state on the basis of ummah. First, let us answer the question of What is Neo-Ottomanism? Neo-Ottomanism was seen as an effort to create a new foreign political culture, which was within the historical boundaries of the Ottoman state and was also a leadership of the Muslims, but based on cooperation with the West. Davutoğlu Strategic in his book asserts that the historical depth of neo-Ottomanism is within the borders of the Ottoman state and is representative of the institution of the caliphate. In defining the link between the past and the present of neo-Ottomanism, Davutoğlu evaluated it as an effort to integrate with the West (EU) and create a new political culture in a strategic search with bottom-up values (US)[1]. Neo-Ottomanism was first put on the agenda during the term of Prime Minister Turgut Ozal in Turkey. After the collapse of the Soviets, some writers considered neo-Ottomanism to be related to the Turkish-Islamic synthesis and to the states within the Ottoman borders and the Balkan states. Cengiz Çandar, who would be President Turgut Özal's consultant, brought this discussion to the agenda.2] Recently, the practical executor of Neo-Ottomanism is Ahmet Davutoğlu, who was a former prime minister and foreign minister, and was already Erdogan's president. Neo-Ottomanist groups advocate the Fethullah Gülen movement (FETO) and the Islamist movement in Turkish politics. The fact that Cengiz Çandar is a member of FETO and the political affinity of Ahmet Davutoğlu is a proof that this ideological idea is close to FETO.

Ahmet Davutoğlu was the representative of neo-otomanism within the AKP. The first break with neo-Ottoman politics happened when Davutoğlu was asked to resign by order of the President Erdoğan. Secondly, we can say that neo-Ottomanism ended with the liquidation of the FETO movement by the state after the July 15 coup. Turkey then chose to improve its relations with Asian countries and abandon neo-Tomanism. This is a clear indication of the situation developing in Astana with Turkey, Russia and Iran. The FETO movement has an impact on those who try to break Russian-Turkish relations. Cemal Alparslan, a former officer of MIT (Turkish Intelligence Service) sums up the issue by stating in an interview with the newspaper Sabah that FETO is working in collaboration with the CIA. FETO's steps were behind the crisis, especially when the Russian ambassador was attacked and the Russian plane was shot down.3] However, even though Russia dropped the war plane and its ambassador was attacked, Turkish-Russian relations improved. Moreover, the fact that neo-Ottomanism was mentioned in the articles specially written by Westerners, together with its connection to FETO, makes it more attractive. In order to prevent Turkey's displacement to Asia the discourse of neo-Ottomanism has established a partial discourse in the West on Turkish foreign policy.

Neo-Ottomanism is a Western political discourse centered on FETO. It is portrayed as the practice of neo-Ottoman foreign policy in Turkey's foreign policy. Neo-Ottoman figures were eliminated from Turkish foreign policy by defeating the attempted coup d'état on July 15, 2016. There, foreign policy was redirected towards cooperation with Republican-era neighbours and Asian countries. There is no apparent link between Hagia Sophia and neo-Ottoman policy.

The Fetullah Movement (FETO): This is an Islamic terrorist organization infiltrated into the state. Its leader lives in the United States. On July 15, 2016, they organized a military coup against the government with its members within the Turkish Armed Forces and police. 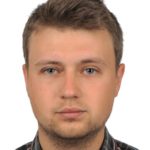 2 thoughts on “Questions on why Hagia Sophia became a mosque”