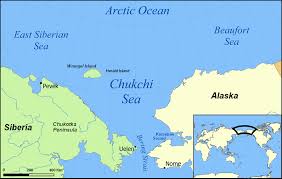 The containment strategy of the USA in the rimland is fractured in the Pacific rim. China and Russia became close allies. Therefore the north and east coasts of the heartland now are controlled by Russo-Chinese Alliance from Norwegian Sea to Chukchi Sea; From Bering Strait to İndia-China border (excl.Korean peninsula) This is unique situation in the world history. It has never been lived  before. This geopolitical shift was accompanied with the rise of Chinese maritime power and resurrection of Russian naval power. Today, Japan as an island state can be resembled to the geopolitical status of Cuba, another island state encircled by US geopolitical sphere of influence.

The rise of Chinese power was stemming from their unprecedented and unequalled achievements in agriculture, industry, defense and technology after 1980s. That brought unparallel success at maritime power. The port operations, merchant marine, ship building, marine science, fishery industries and many other fields today have reached the top levels in world listings. Their navy has gained a lot from these achievements, mainly in the areas of the defense industry and shipbuilding. The R and D investments in military technology enabled China to develop very effective and lethal conventional Anti Access -AA and Area Denial -AD weapon systems such as DF21D and hypersonic missiles with long ranges.  Today it is very risky and dangerous to operate US aircraft carriers within 900 nautical miles from not only the main coast of China but the first and second island chains as well.

In 2011 Obama Administration adopted the Pivot to Asia Strategy. It was an emergency wake-up call for a declining hegemon to prevent the rise of China in the western Pacific Ocean’s maritime domain. More than half of the US Navy warships were to be deployed in this strategic theater of operations in order to satisfy the military needs of Air Sea Battle Doctrine of Pentagon.

What caused this decision when budget cuts and even the sequestration were being discussed in the Washington DC circles?

Three main factors can be listed. 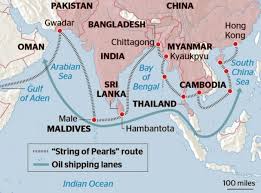 1. The Chinese Navy targeted to become a blue water navy after the cold war. Their main focus was placed on the submarine fleet. Between 1995 and 2016 they commissioned 2 submarines every year. Today they have 79 submarines of which 11 are nuclear powered. On the other hand, they achieved to have aircraft carrier in order to project power and to reach the blue water navy status. Their first aircraft carrier Liaoling was commissioned in 2012. Today they have 2 active aircraft carriers and the third under construction. By 2035 they plan to have 6 aircraft carriers. In 2015 their military strategy paper quote reflects their determination: ‘’The traditional mentality that land out-weighs sea must be abandoned and great importance has to be attached to managing seas and oceans and protecting maritime rights and interests.’’ They also developed their domestic and abroad base system. They have already forward bases in the Pacific and Indian Oceans. The west naval strategists call this dual use base system, as ‘’String of Pearls’’ including Chittagong (Bangladesh), Karachi and Gwadar (Pakistan); Colombo and Hambantota (Sri Lanka), Seychelles and Djibouti.

2. The Russo-Chinese naval cooperation was the second factor for alarming Pentagon. The US Navy today is second to none in terms of the number of nuclear submarines and aircraft carriers. However, the AD and AA capabilities superiority of both Chinese and Russian Navies make almost impossible the US Navy project power into western pacific area of operations. The large number of submarines; hypersonic missile systems rendering impossible to defend ships; ballistic missiles such as DF21D pinpointing aircraft carriers and high value units with very long ranges, in total make US naval planning extremely difficult. The question remains as the US public can digest very heavy losses such as the sinking of a nuclear aircraft carrier, 5000 crew onboard. 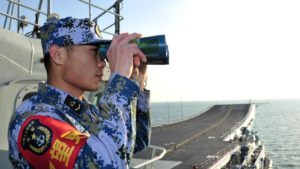 The Russian and Chinese Navies have conducted joint and combined naval exercises since 2011. They increased their interoperability and cooperation techniques in many areas of naval warfare. We have seen both navies joint exercises not only in the Pacific but other areas including Mediterranean and Black seas.

It seems that as the US and Pacific rim allies increase their pressure on Russia and China their cooperation will definitely increase. The recent November 2020 speech of the Russian President Putin at Valdai discussion club reveals this desire:

“it is possible to imagine everything. Our relationship has reached such a level of interaction and trust, that we do not need it, but theoretically it can be imagined. We jointly hold regular military exercises at sea and on the ground in China and the Russian Federation. We exchange best practice in military buildup.  We have reached a high interaction level in military-technical cooperation, and it is likely the main thing. The talk is not only about exchange and acquisition of military products, but also technology transfer. There are very sensitive things, and I am not going to speak about them in public, but our Chinese friends know them. There is no doubt that our cooperation with China increases the defense capability of the Chinese People’s Army. Both Russia and China are interested in it. Life will show how it all would develop,”[i]

3. China after 2012 has adopted a new approach to dealing with South China Sea and East China Sea disputes as well as Taiwan İssue. We have seen more dynamic and assertive Chinese Navy, Chinese Coastguard as well as naval militia (Fishery boats manned by naval militia). The protection of 9 dash line Chinese EEZ in the south China Sea was the main activity especially against the US warships conducting Freedom of Navigation Operations (FON). Furthermore, their efforts to establish artificial islets and rocks for creation of extended sovereign areas in the disputed island chains as well as providing forward naval and air operating bases. Their naval doctrine has also adopted more deterrent and audacious stance against any possible aggression to protect Chinese assets.

In sum, geopolitically USA and its allies are now in the declining side. Tectonic changes in economic, political, military spheres are taking place in the Pacific. 21st century is called as the Asian Century. Furthermore, the introduction of Belt and Road initiative (BRI) of China in 2013 has exacerbated the already disturbed balances to the detriment of USA. It should be noted that BRI is aimed to lessen the effects of the future loss of Malacca Strait to sustain energy and goods flow to and from China, thanks to Gwadar, Shahbahar ports and CPEC.

On the other hand, the loss of rimland necessitated the containment of China together with Pacific Russia. That made the India an indispensable prospective ally for the USA. This is why US Pacific Command was renamed as IndoPacific Command in 2018. Furthermore, the recent military cooperation agreements between India and USA gives us the clues for ever increasing Indo-American high-level interoperability despite decades old Russian military and technology assistance and transfer to Indian Navy. I think even the choice of Mrs. Kamal Harris with İndian blood as the VP would give a very strong impetus to this cooperation in order to contain China in the coming years.

Overall, the Pacific rimland shall be the main stage for the final decision of hegemonic tug of war. The world economic power has already changed hands. The Asia surpassed the Atlantic in every field. Now the race for military hegemony shall accelerate after neocon origin Biden presidency takes over. We shall be hearing a lot from Pacific. 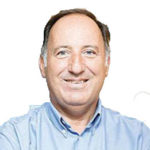 Admiral Cem Gürdeniz graduated from Turkish Naval Academy in 1979. He served as the Chief, Strategy and Agreements Department in Turkish Naval Forces Headquarters, then he was apointed Head of Plans and Policy Division. He is the founder and Director of the Istanbul Koc University Maritime Forum. Gurdeniz is author of Mavi Vatan Yazilari, Hedefteki Donanma, and many other books of naval strategy.