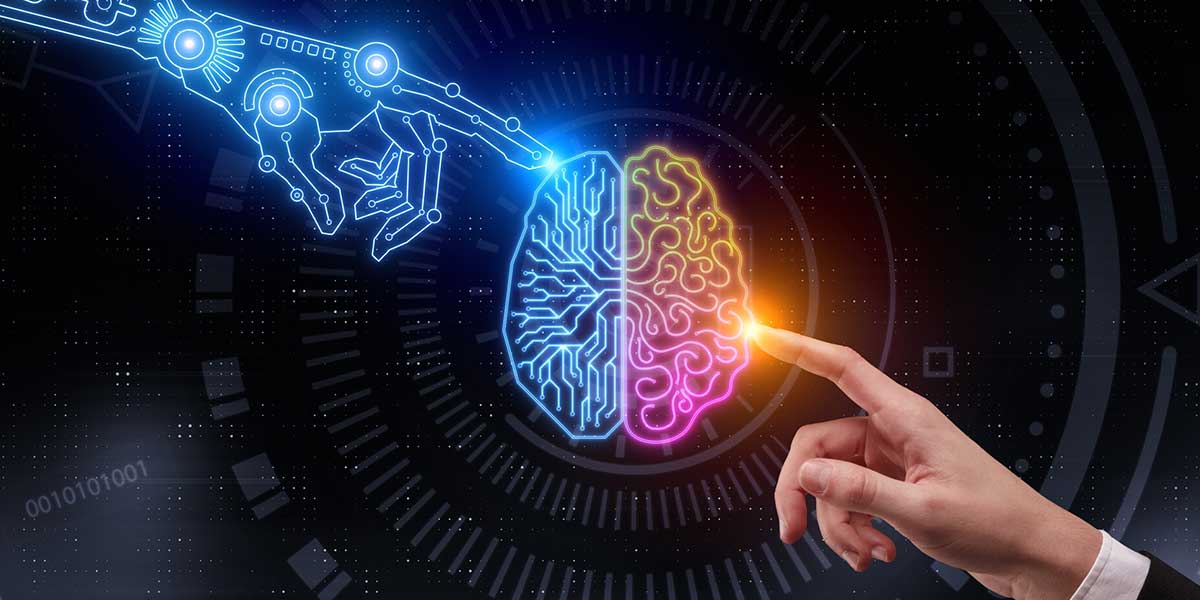 From the moment he became aware of his physical reality, the human being set himself the challenge of taking his capacities beyond the limits imposed by his own nature, primarily mental enhancement. To achieve this, he has relied on the highest intellectual gifts of the animal kingdom. It has been his intelligence that has allowed him to overcome his limitations and face a hostile nature. And once this has ceased to be the first obstacle to his evolution, he dedicates his intellect to creating the most perfect version of himself that he can imagine. In this sense, one of the first steps to increase mental capacities consists of strengthening cognition, in the belief that, by improving the process of obtaining information, intelligence is promoted.

But intelligence is very complicated to define, and there are strong discrepancies. In principle, its definition includes physical elements, such as neuronal efficiency, and intangible concepts, such as the capacity for abstraction. The synchrony of both aspects makes that the information received is processed in such a way that it allows to obtain a trustworthy representation of the reality, and that the future can be predicted based on previous knowledge.

It is assumed that mental capacity depends on neuronal efficiency, and that the greater the brain's dynamism, the less effort is required to achieve the same results. Precisely, to manage to generate more information from the already received one, with the minimum cerebral effort, is the purpose of the artificial increase of cognition, objective pursued by the human being since he realized that to control the environment he needed to accumulate information about it.

Throughout history, all available means have been used to increase intellectual production, from drugs to meditation, in order to reach a supposed supernatural knowledge. Nowadays, the scientific paradigm relates in a physical way the brain capacity with the mental one, and it is investigated how to improve the mental capacities, influencing physically in the brain.

Despite the undoubted debates that are opening up in ethical and medical terms, neurocognitive engineering is going to continue to be promoted due to the pressing need to increase the vigilance of many professionals, from the military to air traffic controllers.

The enormous number of variables that can pose a danger in a changing environment requires the use of all available technology to ensure safety. If these techniques had been used in the past, multiple attacks or accidents would have been avoided[i].

Clearly, in a society where information is fundamental to conduct all aspects of life, controlling its flow means having superiority in the always complex process of decision making. For this reason, all organizations try to make faster and more effective decisions based on efficient processing of the information obtained, which, besides being a fundamental variable in the modern world, is intrinsically linked to the intellectual capacities of a biological brain or to the computing speed of a machine.

That's why it's so important to make the most of the brain's capabilities, even if it has to be done at the expense of a machine. All the theories to increase mental capacities have in common the objective of processing much more information than the natural capacities allow.

During Operation Desert Storm -carried out in early 1991 in Iraq- most of those responsible for the air missions were unable to read, much less analyze, the hundreds of pages -often over a thousand- of the strategic bulletins published daily, which meant that, in many cases, they executed them without even knowing if other operations were being carried out simultaneously. 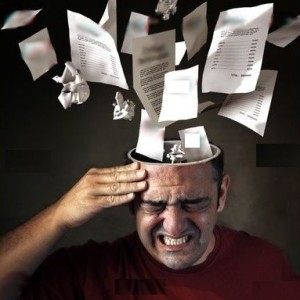 It is evident that a human mind cannot read thousands of pages of reports every day - each one trying to attract the reader's attention by showing its importance and urgency[ii], process all the data, make the most optimal decision and execute it successfully, at least not as a rule.

Therefore, alternative systems are needed to be updated and well informed.

Under these circumstances, the first question that arises is to what extent biological cognition can be forced and from which it is necessary to enhance it with technology.

It is not the same to minimize the effects of mental fatigue, increase attention or improve decision making, as to get a person to convert the data collected in thousands of pages into useful information, day after day, so these situations require the existence of a group of minds connected to each other, what transforms the information processed and valid in intelligence; work that has traditionally been done by the general stuff but today, no matter how extensive and capable they are; they are also overwhelmed.

Therefore, it is necessary to find procedures to empower the mind, but without delegating the individual mental faculties, so that they are increased through remote connection to other minds or devices. One option would be to connect the minds of experts in certain subjects so that they act in unison in the resolution of problems, similar to the multitudinous meetings that are currently held.

In the field of robotics, the Chinese company CloudMinds, specialized in artificial intelligence, has already connected millions of robots to a network that simulates an online macro mind, which opens the possibility that, in the near future, the minds of human beings are equally connected to a mental network that produces synergies that elevate individual capabilities.

In the field of experimental economics, programmed bots are already used to help make decisions in extreme situations[iii] , so that the person only has to introduce the variables of the situation and the bot, programmed with thousands of strategies, provides the most appropriate responses.

The word "help" actually means that the bot presents solutions that are not conditioned by cognitive biases or psychological particularities of humans. It is not a coordination, far from a cooperation, it is really a substitution.

Among those who advocate for the mind to be enhanced with biotechnology, there are those who assure that you do not need neuronal implants to be a natural cyborg, without external mechanical implants. These implants are not considered a real increase, but rather a greater dependency and a decrease in biological capabilities, which, in reality, delegate such an essential part of life as mental activity to machines or inert implants.

Although the relationship between mind and technology is not being given enough social importance, the truth is that the fact that human beings are facing a change of biological paradigm should be studied in detail by different academic and social fields.

The possibility of artificially creating neurons, the same as DNA sequences or any other biological component, is like having spare parts of any part of our body. In the same way, it is possible to make the machines have some biological element. On the brain matter, neurons can be created programmed for specific functions, or even generate neuronal bio-regeneration.

Synthetic biotechnology gives a 180º turn to the transhumanist concept, since coupling biological organs to a machine gives rise to the creation of organic robots[iv]. This is the view of Ithai Rabinowitch, researcher in neurobiology at the University of Israel, who proposes to create complex neuronal structures to be inserted in the brain in order to control behavior.

This would mean that the activity of an organic brain would be programmed like computer software. Although the complexity of the human brain at the moment does not even allow considering this option, there are simpler organisms, such as the caenorhabditis elegans, whose brains, of only a few hundred neurons, generate thousands of different synopses, and whose study allows us to know if it is possible to program them to perform tasks that are not in their natural genes.

In the event of being controlled the way in that the neurons are connected, this would allow to program the mind of a living being, to convert it in a robot. Although with the optogenetic it is modified the behavior of a living being throwing light impulses in the neurons, with this other technique it would be modified the neuronal relationship of the brain, avoiding to have to emit impulses from the outside and getting, in a much more specific way, not only to modify, but to create new behaviors.

The use of biotechnology to improve the mental faculties of the individual would erase at a stroke the cyborg concept of human-machine fusion, the reprogramming of our own biology would be enough to improve our being. In the transhumanist field there is always speculation about mechanizing the human being, but the approach of biotechnology is to humanize the machines. If the study of neuronal modification continues, we will soon see organic brains at the command of technified bodies.

The biological mind will evolve by both genetic and assembly. The traditional Darwinian competition between the most capable individuals is now joined by machines, and it is precisely these that will facilitate human evolution beyond imagination. The main objective is for the human brain to match the speeds offered by computing, but maintaining the peculiarities of the mind, mainly consciousness, while that of computing is to achieve the capabilities and intelligence of the human mind.

[ii] For this reason, all reports, whether tactical or intelligence, should be accompanied by two summaries: one of very few sheets, ideally no more than five; and another of only one, and if it is average, better. So that these summaries are already indicative and, above all, encourage reading the rest of the report. In any other way, in scenarios that are increasingly saturated with information, no command, much less a political leader who normally has little knowledge of the details of these matters, will have the capacity, however gifted he may be, to read and assimilate everything that he constantly receives, and by not doing so, besides the fact that the effort made by the editors is sterile, he is endangering the mission as a whole because the decisions he takes will hardly be the most appropriate. 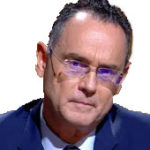 Pedro Baños is a colonel in the Spanish Army and a General Staff diplomat. He has been Chief of Counterintelligence and Security of the European Army Corps in Strasbourg. He has participated in missions in Bosnia and Herzegovina (UNPROFOR, SFOR and EUFOR), and is today one of the leading specialists in geopolitics, strategy, defense, security, terrorism, intelligence and international relations. He is the author of Así se domina el Mundo, El Dominio Mundial, and El Dominio Mental.