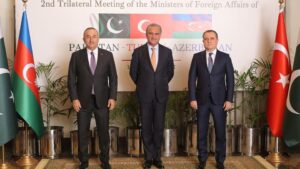 As the storming of the US capital and other recent developments show, the Western-center political order of the world is clearly coming to an end: the coming multipolar world is now undeniable.

While the West loses its significance and dominance in terms of the world economy, international politics and military affairs, the balance of the world is shifting in favor of Eurasia and the East. This process makes the Islamabad summit all the more important.

The need for a joint strategy

The countries participating in the summit have a common culture, religion, friendly relations and common interests; these are objective facts. The main issue is not to be content with things as they are, but how the governments of Turkey, Pakistan and Azerbaijan evaluate these conditions in favor of national interests and regional peace.

Yes, they have a lot in common, but using this opportunity depends on having a joint strategy. As we witness the end of the Atlantic era, the dawn of Eurasia and the rise of Eastern values, this meeting is carrying a great deal on its shoulders, and can certainly serve as the basis for the creation of a common strategy.

The grounds for a joint strategy

What will be the main agenda point of this joint strategy? We can find some clues in the details of the summit and the Islamabad Declaration.

These three countries all have their own priority issues, such as Turkey’s Cyprus, Pakistan’s Kashmir, and Azerbaijan’s Karabakh. Here, the foundation of a joint strategy should be laid. Despite these issues being regionally prioritized, they can only be effectively addressed by all three countries working together.

The last War of Independence of Azerbaijan is an important example of this. Ankara and Islamabad regarded the territorial integrity of Azerbaijan as a common problem and resolutely supported Baku’s struggle, and this brave attitude played a serious role in achieving quick results.

In short, these issues, which are of vital importance for these three countries, can only be resolved when all three parties cooperate, draw a line in the sand, and take bold steps.

After victory in Karabakh, the Cyprus issue remains of great importance. Turkey is not only defending its interests and the security of the Eastern Mediterranean when it comes to the Cyprus issue: Turkey is fighting on behalf of all Eurasia, especially Azerbaijan and Pakistan. Turkey is taking decisive and bold steps regarding the TRNC.

Turkey should begin to work on this trilateral cooperation platform to push for the state’s international recognition. Baku and Islamabad should do what is necessary in this regard.

Pakistan, on the other hand, would have recognized the TRNC long before, if the Turkish governments had followed a correct line and did not take action to prevent it. Pakistan is one of the few countries poised to take the first step towards recognizing the TRNC.

In addition, Turkey’s resistance in the Eastern Mediterranean also constitutes a common ground in terms of Pakistan, which has suffered a great deal from the Western camp in recent years. Turkey can also rightfully demand that these countries take concrete steps. 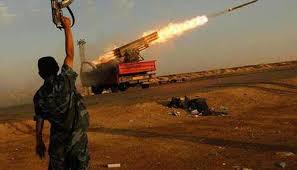 Cooperation in the field of defense industry

Another agenda item of the trilateral platform is cooperation in the field of defense. We witnessed the importance of this cooperation during the Karabakh War. Even the Karabakh separatists confessed that Turkish armed UAVs (unmanned aerial vehicles) played a critical role in the fight.

Pakistan is also effective in terms of the defense industry. These efforts must be brought together. Not only is the creation of a common strategy important, but also the way it is implemented.

A free and peaceful life depends on having an independent weapon and defense system. In this sense, the Islamabad Summit could be a good basis for moving forward in this area. We saw the signs of this both in the joint press conference and the declaration.

The role of transport in the integration of Eurasia

Another area of cooperation of the three countries is transportation, one of the most important demands in today’s world. Political, cultural, historical, religious etc. ties are separate categories, however, roads bring countries closer together in all regards, and especially in a financial sense. In this context, important steps were taken at the Putin-Aliyev-Pashinyan summit in Moscow on January 11.

In accordance with the decision taken by the leaders of Russia, Azerbaijan and Armenia at the meeting in Moscow, the railway lines, which were built during the Soviet era but were destroyed due to the conflicts in the region, will be renewed and new lines will be built.

Pakistan is not excluded from this process. We expect the Islamabad Summit to be instrumental in concrete transportation projects that will reinforce the integration of Eurasia. In addition to this, the countries of the trilateral platform are cooperating far below their potential in terms of their economic relations. It is time to take concrete steps in improving trade and economic ties. 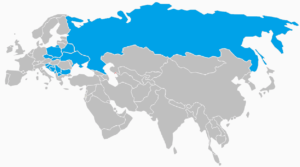 The Turkey-Azerbaijan-Pakistan trilateral cooperation platform has a lot of potential. It could both contribute to the realization of the national interests of its member countries and support the peace and welfare of the region by embracing Eurasia.

Pakistan’s recent strategic cooperation with China, Azerbaijan’s rapprochement with Russia, and the fact that Ankara has taken its relations with both Moscow and Beijing to the next level, show us that this trilateral platform could be a critical link in Eurasian cooperation.

Its first meeting was held in Baku, four years ago, in 2017. We hope that the next Ankara summit will be held in the near future.

Article published with permission from www.unitedworldint.com

Prof. Dr. Mehmet Bora Perinçek graduated from Istanbul University Faculty of Law. In 2007-2008 T.C. He conducted research in the state archives of the Russian Federation in the framework of the project of the Ministry of Foreign Affairs. He has been conducting research on “Turkish-Soviet relations” and the “Armenian question” in the Russian-Soviet state archives for more than 15 years. He wrote his doctoral thesis entitled Turkish-Soviet Military Relations in Light of Soviet Archival Documents: Eastern Front (1919-1922).