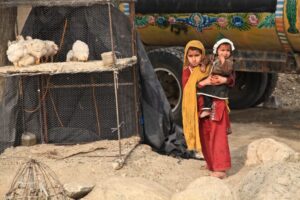 An event to promote Human Rights in Afghanistan took place with as much enthusiasm as a concern. The speakers were hopeful about the possibility of reversing the situation in which the country has been plunged after the withdrawal of the international coalition. Fernando Moragón, geopolitics and geo-economics consultant; Felipe Debassa, Professor of Contemporary History and the Present World at the Rey Juan Carlos University, Jacques Cheminade, founder of the political party Solidarity and Progress in France, and Muñoz, a specialist in global economy and civilizations were the speakers of the day. They all agreed on the inability of the coalition of armies to create a solid administrative structure capable of protecting the population's human rights. In the end, the situation has not changed for the country's inhabitants, but they are now facing new challenges that will remain forever marked in their collective reallity.

Today it is complicated to talk about Human Rights and Afghanistan. To be honest, it always has been. It is complicated to find in the last century any political actor that has not violated the fundamental rights of any part of the population. There is always an excuse to violate the rights of the people, mainly because there is usually no political body that recognizes the rights, and institutions with resources to defend them. Violating human rights in many parts of the world is not complicated; it is an everyday occurrence. In much of the world, they do not know what human rights are; it is an abstract concept. They do not recognize, nor do they recognize to others, Western-style rights. And when western powers have gone to impose human rights by force, the result has been negative... although, in the end, they have always benefited. 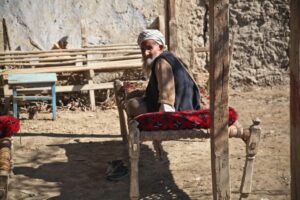 Afghan society had been at continuous war for many decades. The inhabitants knew neither peace, nor electricity, nor running water. It was a society that had been thrown into a spiraling debacle by permanent struggles for power. The dynamic was always the same; one armed group financed by foreign powers overthrew another armed group funded by other foreign groups. Along the way, of course, mothers lost their sons, sons their brothers, neighbors their friends... The blood of the Afghan population flowed in a geopolitical ritual of spurious interests.

On September 11, 2001, while the Taliban were busy fitting the burqa to the village's women, a plane flew into the financial heart of New York and hit one of the twin towers. Most of the population of Afghanistan did not have television and could not shudder along with societies in other parts of the world. Because they didn't have tv, they continued with their burqas and their stonings until one day, a coalition of armies arrived armed to the teeth, saying they were looking for a guy who wasn't there at the end. By the way, they said, they were going to remove the burqa from all the girls in the village. For twenty years, the coalition of armies has fought with the village thugs to see if the burqa would be put on or taken off from women. In an attempt to give philosophical depth to the military intervention, the media spoke of a struggle for Human Rights.

All ages of humanity have had civilizations that have wanted to impose their philosophical, moral, religious, and economic system on the rest of the known peoples. The flourishing peoples who have created civilizations surrounded by decadent peoples have always thought that their skills and beliefs were the cornerstones of human civilization. Exporting and imposing it on other people was necessary. And in many ways, they were right. The legacy of a new and thriving civilization is not always negative. On the contrary, it can have very positive elements for the receiving society. The problem is when a decadent system is forcibly exported. That is what has happened to Afghanistan, and that is what the liberating armies have done; exporting decadence to an already decadent society. 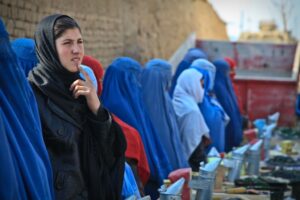 The Afghan people have had to pay the price for a system of world domination from which they did not profit for themselves. The political and economic reconstruction of the United States needed a diabolical myth to fight against, and the Afghans were so unlucky that this myth was located within their borders. For twenty years, the Afghans have learned through bombing what it means to be free and not oppressed. For twenty years, armies that knew what the game was about have been growing opium and training mercenaries, and during that time, the Spanish army built bridges and schools. So dedicated were they in the Spanish army that any undocumented with red and yellow rags were liable to be evacuated from Kabul when the return of the burqa thugs to power.

What now? In the end, the twenty years of freedom and prosperity in Afghanistan have been a nightmare within a nightmare.  The agreed withdrawal of foreign troops has not created a power vacuum; power was already ceded beforehand to the Taliban who once held it. An entire papier-mâché administration has been dismantled, weapons have been handed over in the withdrawal, and a radical government has been given the green light on the very borders of China. However, they may not be the same radicals that were overthrown in 2001. There are now the burqa-thugs claiming their space in the international system. This new government has a valuable endorsement; these Taliban are part of the geopolitical cast of Facebook & Twitter. The former president of the United States may not have a social media account. Still, the burqa thugs can air to the world on their social media what their rights restrictions on the Afghan population are going to be. Any evil-thinking person might suggest that there is a cooperation between the Taliban and the global financial powers. Suddenly on the borders of China and Pakistan, a fundamentalist government has formed, saying it wants to use all the tools of the modern world to take us back to the stone age. This is too far-fetched to be a natural evolution of events. And it is something that the bordering countries should be aware of because it is a powder keg that could explode in the heart of Eurasia at any moment. 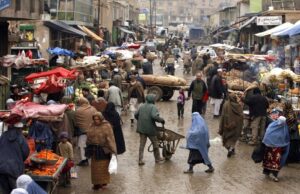 Ultimately, human rights in Afghanistan must be agreed upon by the cultural framework of the country and upheld by the institutions that emerge from that framework. Military invasions, terrorist groups, and Taliban governments are pathogens that serve foreign interests, not Afghan ones. It is the Afghan people who must rebuild their shared beliefs, who must develop social capital to defend their beliefs and way of life, and it is the Afghan people who must have the opportunity to become a united people. From the outside, it is only necessary to fight against foreign interference and learn how a population that has been aggrieved and disintegrated for decades rises like a phoenix. It is now when it is most necessary to monitor Human Rights in Afghanistan, and it is now when it is required to prevent the Afghan population from suffering from global power games. This is when the rest of the countries have to mobilize their social capital to avoid their governments from taking part in one of the greatest ignominies in the global chessboard.