Know How is a well known term and defined in general as "the knowledge (know) in the way (how) to do something. In the military field, at the strategic level of the conduct of the armed forces, it would be a simplification of what we call doctrine. However, it takes on great significance in the operational and tactical field since the inefficient or mistaken use of a weapon system or means of combat can lead to the destruction or damage of equipment and injuries or casualties of military personnel and, as a consequence, the failure of the assigned mission or at an undesired cost.

There are many examples at all levels of military leadership of success or failure in addressing this issue. As a positive fact we can name the Blitzkriegr used by Germany in World War II where the sinews had a doctrine or Know How that allowed them to succeed in the conquest of France.

A negative example is the German attack on Langemarck (Belgium) by the 23rd Reserve Army Corps in October 1914. Its ranks were made up of volunteers who attacked the 5th Brigade of the British 2nd Division just with rifles, losing more than 500 men, plus thousands of wounded against less than 50 British casualties.

The Germans repeated the attack to the Imperial Guard, believing that the previous result was a product of poor training, but the result was similar. The problem was not one of training but of a doctrinal conception at the procedural level that was wrong. It was not until 1916 that the Germans began to apply open order tactics as a result of the lack of troops.

Failures in this regard arise from a lack of implementation doctrine, an unproven doctrine, or a lack of appreciation of the armed forces or of a nation's policy to suit the particular circumstances of the confrontation. I dare to say that, in general, the abundance of resources attempts against the best way to use them, simply by having those means in great quantity and, on the contrary, the efficiency of the doctrine is superior when the means used is scarce and forces its drivers to creativity forced by the situation.

In the case of electronic warfare the means or equipment are generally smaller than the rest of the equipment, so the Know How acquires critical characteristics during its full employment due to the consequences of its use to attack or defend, multiplying the effect of the forces themselves and to a greater extent during planning. In this last point I refer specifically to electronic warfare personnel as an essential element of modern warfare.

The vision of war through the lens of an electronic warfare specialist is very different from those who do not belong to the specialty, where you only see basically the confrontation of resources and objectives to be achieved.

The survival of one's own resources and the impact of enemy means arises from a technical analysis that should complement planning in general. This, given that, once carried out, this analysis is aimed at obtaining an optimal result in terms of cost-benefit and not aimed at the possibility of suppressing or hindering the enemy's capacity in relation to the use of its offensive  or defensive means, from the electromagnetic point of view, depending on the targets selected to attack.

This, which seems quite simple, is not, if once the warlike actions are produced and the enemy has taken into account the above, turning the electronic warfare capability ¨superior¨ into a deficiency of such magnitude that it prevents from reaching, according to what was planned, the objectives or targets.

A clear case in point was the Kosovo war between NATO and Serbia in 1998. After 78 days of bombing with a thousand planes of all kinds and after thousands of departures, it left a poor military balance in favor of the allies.

The radio deception, the interference of synchronization systems in communications, decoys of all kinds, gave a bad time to the NATO planners who used to trust their means of combat and their superiority over Serbian military equipment.

It is evident that the Serbian armed forces deployed in advance of the war actions the capacity of their men to analyze the enemy means involved and to diminish notably their capacity of damage, affecting their sensors, communications and guidance systems, basically interfering or deceiving them in different ways at low cost, without confronting means against means.

The technical analysis of the Serbian electronic warfare specialists showed how the enemy's combat capability can be reduced, and with it the morale of the enemy, as they realise that they are exposed despite the technological gap in their resources. And, also, that the detailed planning and analysis of the profile of the enemy as well as of his means precedes the mobilization and employment of the forces. Leaving at the end more questions than answers regarding NATO's capacity, also taking into account that after more than 20 years there is no accessible bibliography regarding what happened.

I understand that it is not easy to explain how despite the teachings that military history gives us and that we embody in the doctrine (Know How), someone believed that operations are ahead of strategy, and the means ahead of men. 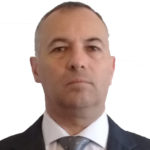 Commodore Gustavo SILVEIRA is a senior officer of the Argentine Air Force, a staff officer, specializing in Communications and Electronic Warfare. He has a Post Degree in Contemporary Military History.