Donald Trump may not have noticed, but stressing the US relations with China has meant stressing connections with a hyperconnected world, specially with Australia. The trade war that the American president has begun has led to a reconfiguration of political and commercial alliances worldwide. Having confused Chinese competitiveness with hostility has been a diplomatic mistake that has a difficult resolution. While the spiral of conflict revolves, more actors suffer the consequence of having confused a competitor with a contender.

Something that has become clear is that the geopolitical order must be determined by consensus, not coercion.  Trade war could not dispel Trump's worries, but fester positions with the different global allies. One of the critical pieces trap in the trade war is Australia. Australian Prime Minister, Scott Morrison, declared at the G20 meeting that the trade war is decreasing global growth expectations. Christine Lagarde, manager of the International (IMF) Monetary Fund, calculated that trade war cost $455bn in lost output. Also, Roberto Azevêd, Director of the World Trade Organization (WTO), shares this expectation. Morrison has stated that Australia will take measures to avoid the risk of deteriorating the relationships with China and the US.

So far, Australia is caught in the crossfire between its leading trading partner and its main defense ally. Morrison is aware that this situation does not have an easy solution, and that Australia needs to find multilateral alliances. Even so, it seems that Canberra has not decided what its geopolitical role is at the moment, nor what is its purpose in regional politics. 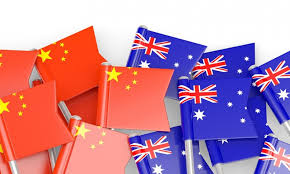 For Michael Crane, a general of the Australian army, it is evident that the US military presence in Australia will increase. The Indo-Pacific Strategy Report, published by the US Department of Defense, says the US wants to strengthen military cooperation between the two countries. Washington wants Australia to be a strategic partner to counteract Chinese growth and influence in the region. For the strategy that has begun, it would be ideal if Australia could tense the political and diplomatic relations between the countries of the South China Sea, to create a common front of regional countries against Beijing.

Australia is already immersed in military alliances with the United States. The ANZUS agreement (Australia, New Zealand, and the US) was signed in 1951, but it has been an almost inoperative alliance since New Zealand banned nuclear weapons in its ports. Aimed to strengthen military relations between the US and Australia both countries signed the Force Posture Agreement in 2014. Under this agreement, the US is boosting the US military presence in Australia. The Marine Rotational Force-Darwin (MRF-D) initiative wants to establish 2,500 Marines in the north of the country. Australia is planning to build a new port in Darwin to meet the requirements of the US Navy.

The military alliance between the two countries seems to be in good health. To this military cooperation must be added the agreement that both countries have as members of the Five Eyes intelligence community. This initiative is operational since the end of World War II and aims to share information, mainly SIGINT, among its members. In recent years Five Eyes has expanded its community with three members (France, Germany, and Japan) to take action against the expansion of China. Although it had already had previous extensions, this time the objective is more narrow: it is about collecting and analyzing all the possible information about Chinese intelligence, and about Chinese investment expansion around the world. The Australian veto to the telecommunications company Huawei has been the most significant movement in the country to defend its communications network, but the prohibition to the Chinese company can mean a before and after in the consolidated intelligence community since other members do not assume the Chinese company as a primary risk.

In connection with the commercial field, the Australian trade minister reported in February that China is the country's leading trading partner. David Chau published a detailed analysis of the trade balance between the two countries and showed that China acquired 30.6% of Australian exports in 2018 (ABC News). The Asian country seems to have already started using this commercial link to put pressure on Australia. China has already decreased the import of coal from Australia; coal is one of the bigger exportations served to China. 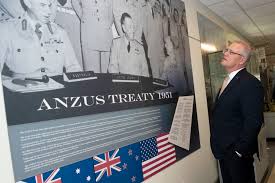 Since hostilities began in 2018, Chinese investment in Australia has been reduced by 36%, according to research conducted by the KPMG risk consultant and the University of Sydney Business School. The primary Chinese investments in Australia focused on the health and real estate sector, but the rest of the investments were significant: in the mining sector, the Chinese company Tianqi Lithium Global has opened a lithium hydroxide processing plant in the industrial area of Kwinana, south of Perth in Western Australia. China was the principal direct investor in Australia, which creates jobs and prosperity, but the Australian authorities saw in this, at the same time, a risk to their safety.

The US cannot mitigate Australian dependence on Chinese trade and investment. Some analysts have a more practical and realistic view of the situation in the Indo-Pacific scenario. Hugh White, professor of strategic studies at the Australian National University, warns in his essay "Without America" about change in the global and regional order. White argues that the US is a declining power in the region and that it is quite likely to lose the confrontation with China. The commercial relationship between Australia and China seems to be in good health, and for a long time. The situation is ideal for Australia to rethink how its foreign policy strategy should be. It is likely that the facts of being a strategic military ally with the United States, and having China as the main trading partner, sooner or later will end up colliding with each other.

The Foreign Policy White Paper, published by the Australian government in 2017, assumes that there will be a change in the balance of power in the Indo-Pacific region, as long as the US does not take action. Regardless, the document does not show a clear intention to change to face the situation. If Australia decides to begin a new historical stage in its political and commercial relations, the world may be closer to moving from a unipolar global order to a multipolar one without traumatic events. A multipolar world has already been established through free trade agreements and political treaties, which is supposed to be what the Foreign Policy White Paper aims to achieve. There is unanimity in affirming that returning to the unipolar world is not an option and that there are different activated natures of power and different actors on stage. Australia must take advantage of its wealth and its influence in the region to be a significant player in the consolidation of regional agreements. 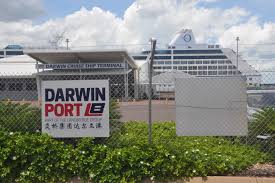 On the part of the United States, the country has to reconfigure its strategy to remain a leading actor in the Indo-Pacific scenario. Being a military force is not enough to maintain control. If the US finds a profitable political strategy, and if they apply a good tactic, it is quite likely that the country will remain fundamental in the agreements reached in the region, such as the Free and Open Indo-Pacific (FOIP). The FOIP agreement is an investment project whose objective is to counteract the importance of Chinese investment in the area. Japan, the USA, and somehow Australia, are involved in this project. If the American country cannot meet the expense of the unilateral policy of economic harassment undertaken by Trump, only a secondary position in the region will remain for the US. That is why FOIP will surely be the plan that motivates American action.

In conclusion, it should be noticed that due to the importance of Australia as a US military ally, future Australian decisions may balance the scenario of regional agreements towards an option of unilateral continuity, of US hegemony. If Australian policy decides to join the FOIP initiative, and if it also chooses to remain the United States military foothold in the region, Indo-Pacific geopolitics will continue to be an attempt to counteract China's growth. But if Australia decides to join the new emerging reality, taking into account the Chinese potential, a new global order could be consolidated.

One thought on “AUSTRALIAN GEOPOLITICS IN THE INDO-PACIFIC SCENARIO”