According to the dominant conception of Moroccan decision-makers, and since the events of the parsley island crisis on 11 and 12 July 2002, deep Morocco has secretly designed a new economic, political and military strategy against its northern neighbour. This neighbour is Spain, and the strategy is not a military offensive, but a ruthless one at all levels.

This strategy aims to keep relations between Morocco and Spain in continuous latent tension and conflict. That is, between the two states, friendship is impossible despite the existence of the Treaty of Friendship, Good Neighborship and Cooperation made in Rabat on July 4, 1991 between the Kingdom of Morocco and the Kingdom of Spain.

For this reason, and from the beginning, it must be understood that the relations between the two kingdoms are inscribed in a historical order condemned to be in conflict. However, the two protagonists seek to cooperate and resolve their differences without aspiring to go further. This translates into simple cooperation dictated by the need to preserve peace and stability between them.

The reasons for this situation are historical in the first place, and strategic in the second. To shed light on this relationship marked by chronic misunderstandings, we must answer the question of How does Morocco perceive Spain in its foreign policy? Or what is the logic of Spanish-Moroccan relations through the study of Moroccan strategy?

The basis of the new Moroccan strategy

History teaches us that many strategic breakdowns are caused by misperceptions conveyed by decision-makers, whether political or military, about the reality of defence policy options[i]. The offensive is therefore a major cause of these false or misperceptions, which inevitably lead to war.

The adoption of positions by offensive forces creates a strategic danger for States, as each one is afraid of an attack, of being less prepared than the others or of being trapped. This state of affairs amplifies insecurity such as fear of "windows of vulnerability" or overestimation of hostility and enemy capabilities. In this sense, the logic of military secrecy and competitive diplomatic behaviour becomes very critical.

The general interpretation, as well as the framework of analysis offered by the offensive cult theory, turns out to be totally adequate to explain the origin and development of the new political strategy launched by Morocco for years against Spain. While Spain since the advent of democracy in December 1978, with the adoption of the new constitution by referendum, Spanish policy will focus on the construction of a modern state economically rather than militarily, in order to avoid warlike situations with its neighbour.

It is in this sense that we must understand the Madrid agreements with which Spain authorised the annexation of Western Sahara by Morocco and Mauritania without the consent of the Sahrawi people. Since then, the Saharawis have been subject to the Moroccan colonial yoke, being the last colony in Africa. Historically and from a theoretical point of view, the cult offensive theory was developed in the early 1980s in the United States by Barry Posen of the Massachusetts Institute of Technology, as well as by Jack Snyder of Columbia University and Stephen Van Evera of the Center for Science and International Affairs, Harvard[ii].

In short, the adoption of positions by offensive forces creates a strategic danger for states, since everyone is afraid of an attack, of being less prepared than others or of being trapped. The state that assumes this position amplifies insecurity and destabilises the regional and global security system. Analysis and observation indicate that this is exactly the approach initiated by Morocco today against Spain.

One of the most important changes in Morocco's strategy has been its accession to the African Union in 2017[iii]. Its new vision of the threat to national security and its new national strategy are designed to protect the country and advance its influence within Africa. But at the same time, this new strategy defines the regimes of Algeria, Spain, Mauritania and the SADR (Sahrawi Arab Democratic Republic) as enemies, as well as defining Jihadist terrorism as a high priority problem. But Morocco's biggest threat is shaping up as strategic competition with Spain, where history plays a key role. 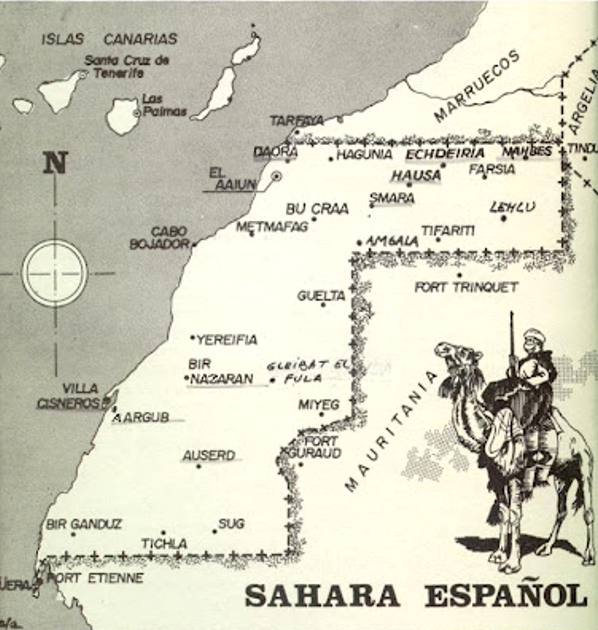 The weight of history in Morocco's strategy towards Spain

Morocco like Spain are two nations imprisoned by the weight of their particular histories, which have never been a long and quiet river. This history on both sides has not always been helpful in understanding each other. On the contrary, the story has often served to deepen and eternalize irreconcilable positions of the reciprocal image. The image they have of each other is distorted, sometimes in a deliberately insidious way by opinion makers.

It should be known that today's Morocco, like the Morocco of the past, is dominated by a central idea by which it is difficult to restore a confidence lost with Spain almost 1300 years ago. In fact, since Tarek Ibn Ziad's invasion of the Iberian Peninsula in 711, the two neighbouring countries entered an era of endless conflict. Thus, during the 13 centuries that separate us today from this military adventure led by Tarek in the name of the Muslim religion, the conflicts have multiplied and continue to the point that they have become a kind of immutable reality. With the proclamation of the Spanish Protectorate in 1912, Spanish immigration to Morocco became a fashionable phenomenon. A few years later, the Spanish population in Morocco in 1916 had reached 16,000, according to French statistics at the time.

In the same frame, when Franco moved the army from Africa to the peninsula. This army was made up of almost 34,000 men, including Moroccans. This presence in the Spanish troops has created in the Moroccan imagination the idea that it was they who gave Franco weight. During the war, the Moroccans were "the spearhead of the nationalist army" and "a symbol of the atrocities committed by Franco's army against the Republicans[iv]. For Moroccans, this situation of yesteryear gives Morocco a historical privilege. That is why their perception of the Spanish is more negative than that of the French. The Moroccan perception is always negative towards Spanish and its culture, several expressions of the Moroccan dialect testify our opinion as "Spain is poverty", or the idea that Morocco "is El Dorado for Spanish".

Otherwise, since 1975 the Moroccan perception of Spain assimilates the Iberian country as the godfather of the Polisario. For Moroccans, this represents a threat to the stability, tranquillity and continuity of the Alaouite regime. In this order of historical idea, the Spanish-Moroccan treaty of July 4, 1991 was ratified, which allowed Morocco to acquire financial aid and increase Spanish investments in Morocco, in the order of 17% in 1990, just behind France 28% and Italy 21%. This allowed Morocco to neutralize Spain once and for all in the Saharan question in favor of the "Moroccanness" of Western Sahara.

The Spanish government's attitude of sacrificing its territorial interests in favour of friendship with Morocco is part of the process of weakness that Spain has suffered since the twisting of the city of Tarfaya in 1958. In the same year, the Spanish Sahara was created on January 12, 1958, bringing together the territories of Rio de Oro and Saguia el-Hamra. In 1969, it was withdrawn in Sidi Ifni, because since 1963 the Spanish Sahara was registered in the list of non-self-governing territories. In 1975, the Madrid Accords divided up Western Sahara between Mauritania and Morocco in exchange for freezing Moroccan claims to Ceuta and Melilla[v](the role of King Juan Carlos I was decisive in handing over Western Sahara to Morocco, with the approval of the United States).

This situation has created a culture of permanent enemy within the Moroccan decision makers, to the point of dominating their view of Spain, despite the signs of collapse from the Spanish side. In other words, Morocco is always concerned about the risk of danger on the Spanish side, because for the Moroccans the Spanish danger is at the same level as the Algerian danger, or that of the Polisario Front. Consequently, this Moroccan territorial practice is considered an acquired right. That is why they think that the Spanish are obliged to grant a new territory of the former Al Moravid[vi] empire with every advance in the relations with Morocco. The aim is to design the great Morocco, so dear to the Moroccan strategist, if not Spain pays tribute. It is in this perspective that the new Moroccan approach to immigration fits.

[i] Defence policy should be understood in the sense of preserving the Moroccan monarchical regime and its economic and political privileges, not the Moroccan people.

[ii] The first exposition of this theory was made by Barry POSEN in his "Undetected Nuclear War", International Security, vol. 7, autumn 1982, pp. 31-35. However, it was largely based on the theoretical research of Robert JERVIS, "Cooperation under the Security Dilemma", World Politics, vol. 30, January 1978, pp. 167-214. See also note 4.

[iii] In January 2017, Morocco's accession to the African Union rectified the empty chair policy that had led Rabat to withdraw from the Organization of African Unity in 1984 after the Sahrawi Arab Democratic Republic had been admitted as a full member. 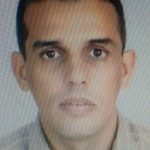 Ali El Aallaoui is analyst and researcher in géopolitic. He got his PhD in International relations and international law in 2007 from the French section University of Casablanca in Morocco.