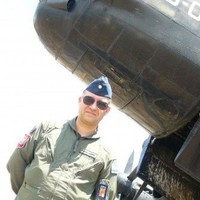 Walter Marcelo Bentancor, retired senior non-commissioned officer of the Argentine Air Force, presents, in this particular digital publication, the origin and development of the Permanent Cadre of Junior Military Personnel of the Aeronautics between 1912 and 1945.

The period under discussion begins with the creation of the Military Aviation School in the National Army (August 10, 1912) and culminates in early 1945, when the Military Aeronautics leaves the scope of the Argentine Army and becomes a new independent Armed Force as the Argentine Air Force.

The author goes back to the first two decades of the 20th century, when the heterogeneous personnel of Classes (corporals and sergeants), non-commissioned officers, conscript soldiers and assimilated civilians of our Army, began their incipient approach to the aerial activity and, from 1912, to serve in the Military Aviation School.

In its historical journey, the work includes multiple topics on that motley military collective that will constitute the Junior Military Personnel of our Aeronautics, namely: sources and forms of recruitment; training institutes; education; instruction; study plans and programs; professional profiles; emergence of the different specialties; organization of courses and careers; external influences; organic development; elaboration of regulations; regulation and organization of corps and ranks; the contribution of NCOs to the national aeronautical industry and to civil aviation; and evolution of ranks, uniforms and badges, among many other diverse aspects.

In perfect harmony with what was expressed by a historian of our Navy, regarding the fact that each object of study demands from its researcher commitment, previous knowledge and great love for the subject, Bentancor made an enormous and very meritorious research and compilation effort, in which he magnificently combined his knowledge of aeronautical history, his long professional career and his affection for the Argentine Air Force. 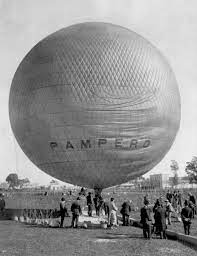 In addition to having consulted a copious bibliographic and documentary material in print and digital sources on various websites, Bentancor included numerous photographs and illustrations that are very appropriate, for example, to make visible and give identity and even voice to numerous protagonists of the NCO personnel of the Military Aeronautics, which enriches and complements a transparent, simple and entertaining story.

The author intended his work to serve as a tool to build a sort of "intergenerational bridge" between the NCOs of the past and the young aspirants of today, future NCOs of the 21st century, in order to preserve and strengthen the continuity of the essence and identity of the Aeronautical Subaltern Military Personnel. The same motivation inspired Commander Héctor Ratto to write his book of seafaring stories Mar de Leva (1926), with which he sought to spiritually link the sailors of yesterday and of his time, and turn it into a solid shackle of union that would resist the ravages of time, more inclement than the ravages of the sea itself.

Walter Bentancor's publication constitutes an authentic contribution to the knowledge and study of Argentine military history, since it is not frequent to find works specially dedicated to investigate the complex and little known history of the Non-Commissioned Officers of the Armed Forces; on the other hand, this work can be a potential reference and consultation material for professionals who work in the fields of administration, human resources, planning, management, education, etc., which in one way or another involve the Junior Military Personnel of the Argentine Air Force.

At the time of writing this commentary, Bentancor is in the process of writing the second part of this Genesis, which will cover the first decades of the Argentine Air Force as an independent Armed Force, from 1945 to 1960. 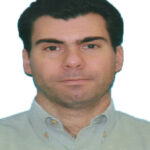 Master in National Defense. Graduate and professor in History. Professor of the Argentine Navy, the Argentine Air Force and the University of Business and Social Sciences (UCES).