"Almost everyone thinks they know what an emotion is until they try to define it. At that time, practically no one claims to understand it." The quote is from researchers Wenger, Jones, & Jones, and is collected in his book Emotional Behavior, 1962. Even so, it is undeniable the influence that emotions exert throughout our lives, playing a leading role within social interactions in their different contexts. Indeed, one can find the task of defining emotions not easy even having had multiple attempts to conceptualize this term with the aim to provide a commonly accepted definition, as reflected in the above quotation.

Having as a reference the theoretical framework established by Paul Ekman (based on the findings of Charles Darwin), emotions will be approached from an evolutionary perspective, considered shared among all cultures, and performing a work of adaptation to the environment. One of Ekman's most important contributions has been the categorization of emotions into six categories by studying the facial expressions of various tribes that had not had previous contact with other human beings. Ekman's study revealed the following basic universal emotions: surprise, fear, disgust, anger, joy, and sadness. All of these emotions can be used for various purposes, opening a wide range of actions, and the use of fear for social control is widespread and proven. The control power of fear emotion is linked to the concern of being damaged, either physically or psychologically. Our survival largely depends on feeling afraid of being harmed. Therefore, we must learn both to avoid situations that involve any damage and to anticipate the danger to prevent or lessen such a threat.

Being a victim of a crime has consistently been one of society's primary concerns. The fear of this materializes when the concerns cognitively based are crossed with nonspecific fears, more emotionally based. The reactions are particularly intense when these concerns and these unspecific fears occur in a crisis, as Josu Gondra explains in his work Los sentimientos de inseguridad y el miedo (The feelings of insecurity and fear.)

On the contrary, crime also generates a strange fascination throughout society, and therefore its presence in books, movies, or in the media, in general, is common. The relationship with the latter is bidirectional, since they, in turn, play an essential role in the perception of crime, with the negligible repercussions that this entails. The public perception of victims, criminals, and even police forces is built on the media, these being the only source of information that ordinary citizens possess on many occasions. The media image of crime provokes the belief that fear is a central feature of everyday life. Thus, it emphasizes violence and other extreme events and generates a distorted picture of reality, according to the studies of G. Gerber. The result is that each time we "arm ourselves" to a greater extent and prepare ourselves for the worst, creating a feeling of chaos that our actions at the same time perpetuate. Kenneth Ferraro, on the other hand, affirms that fear supports itself, becoming a self-fulfilling prophecy. 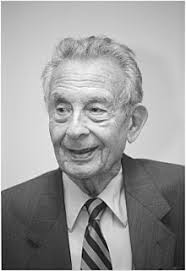 It is evident that the balance of fear, in turn, can be inclined in one direction or another. This turn is achieved through the selection of informative content and the action on content, either by enhancing its effects or reducing them according to the purpose to be achieved (fostering fear of the other, influencing legislative projects, etc.). The balance can turn by moving the population after the promise to defeat what frightens them, and in turn, providing descriptions and prescriptions about discrete phenomena, and kinds of phenomena, that should be taken as frightening. Controlling the level of fear that is appropriate to exist in society indirectly determines behavior control.

Reducing fear can create an atmosphere from which it follows that goals can be easily attainable, and this will push individuals to action. On the contrary, attitudes as "fear of the other" can be fostered, strengthening the sender's group identity, while at the same time, widening the existing gap with respect to groups intended to underestimate or depersonalize. In conclusion, authors like Hobbes point out that fear understood as shared emotion, can be a fundamental part of the political basis. By controlling fear, it is possible to have population control. Fear is the fuel that moves society, and therefore a valuable resource. 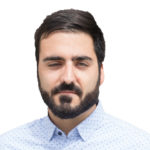